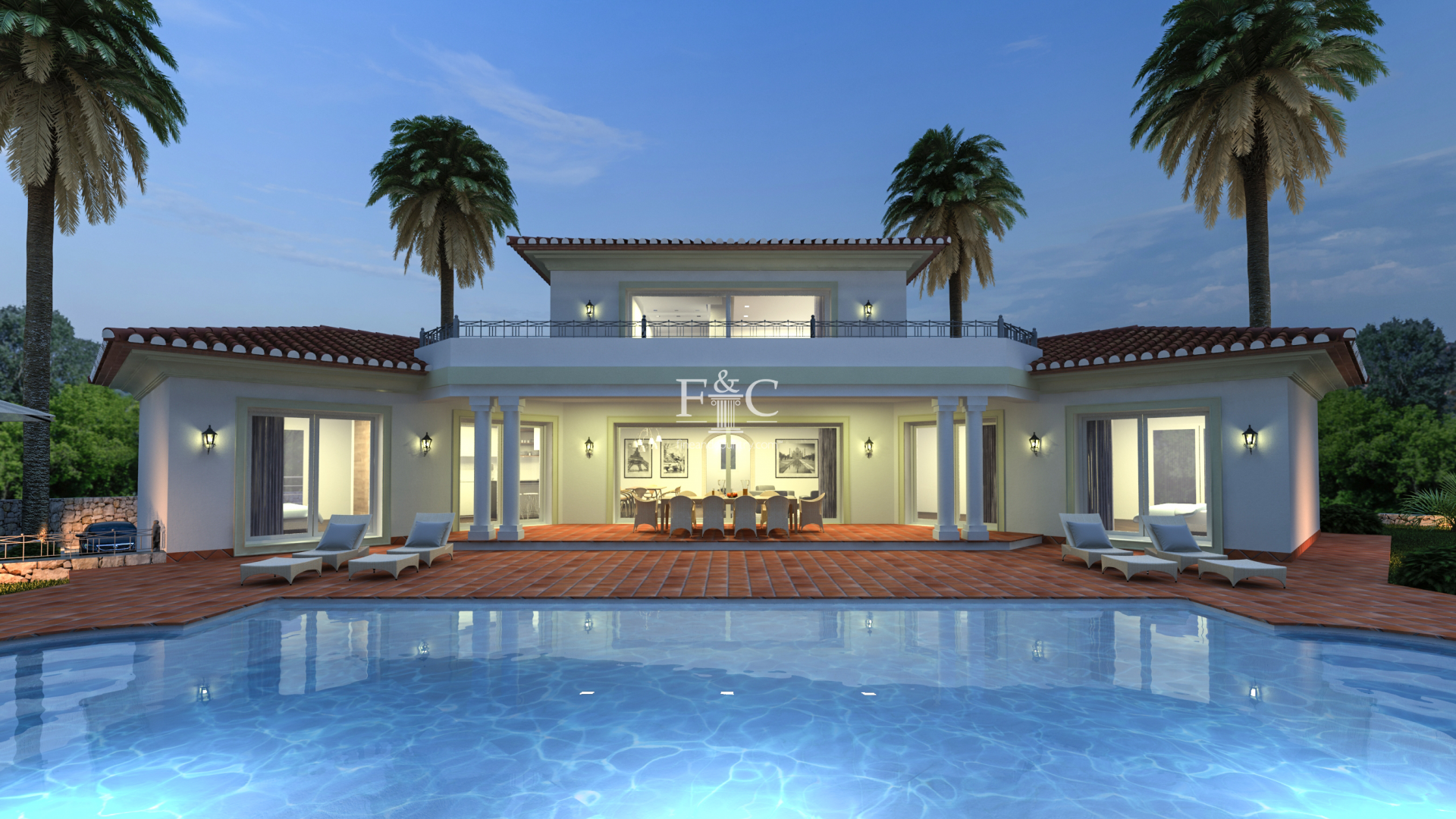 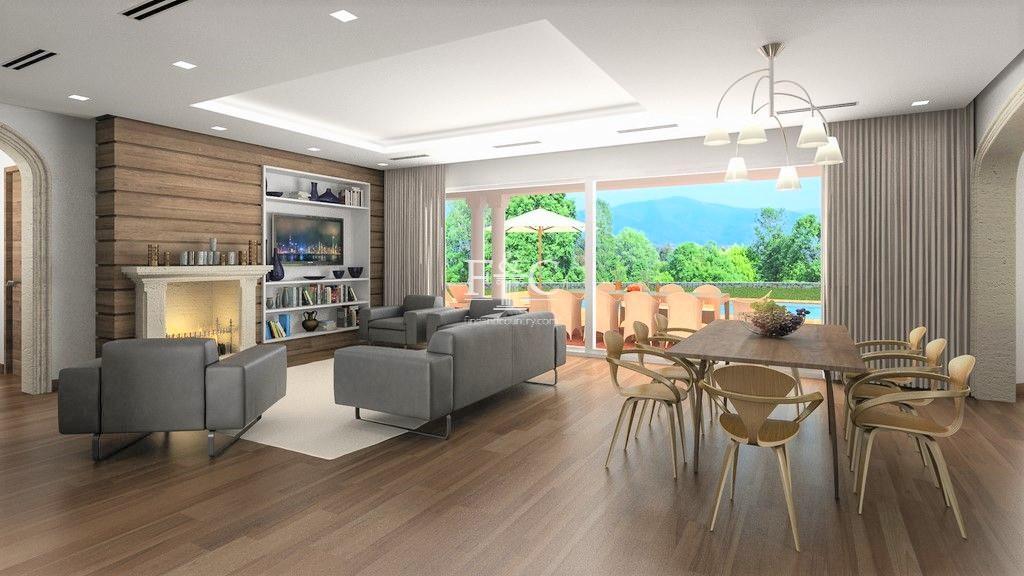 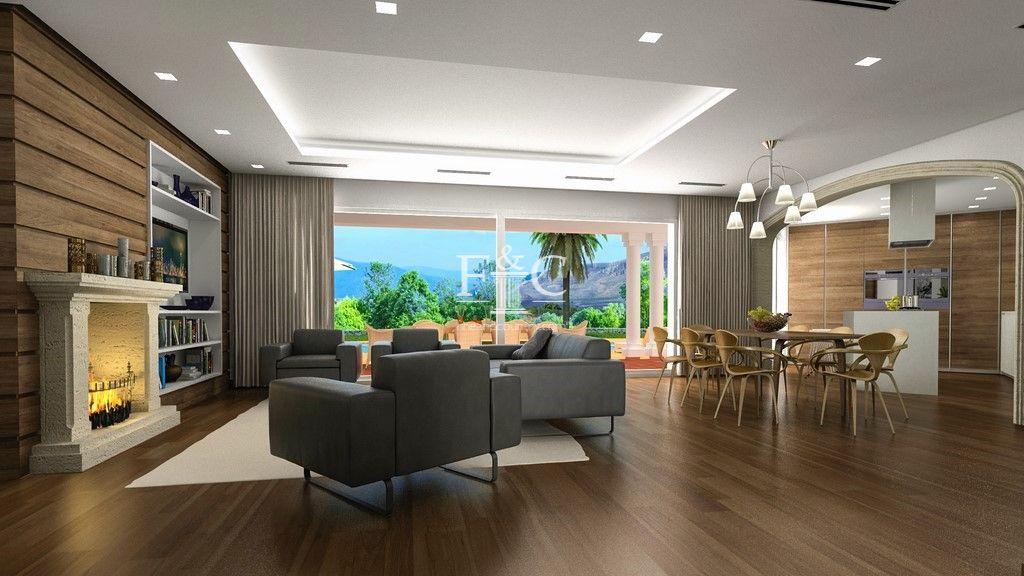 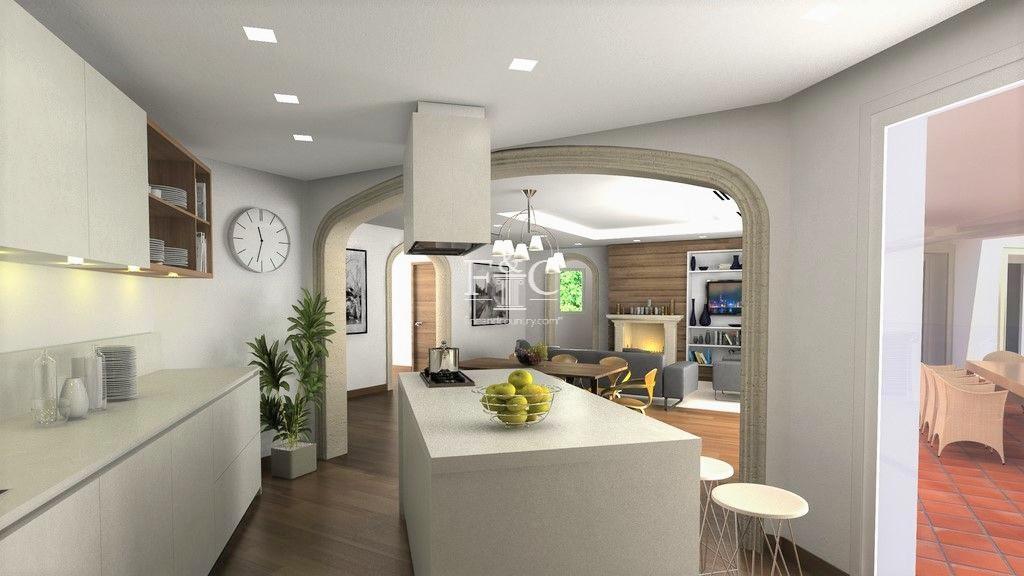 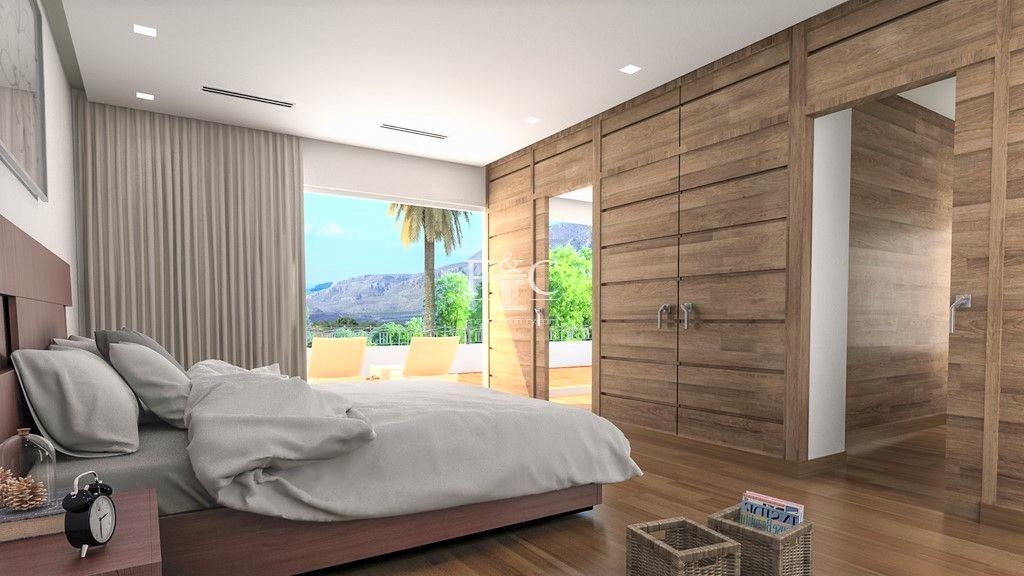 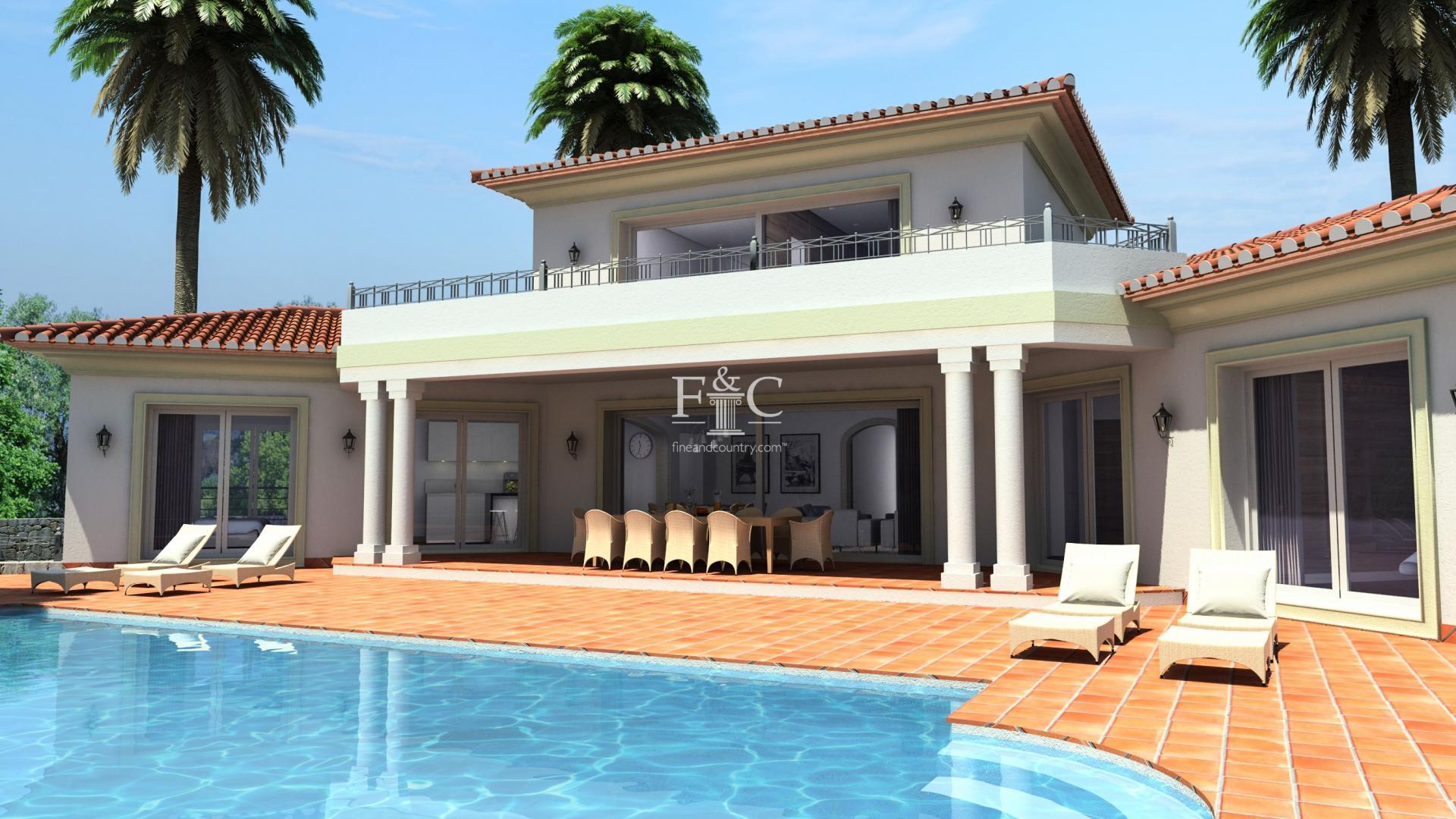 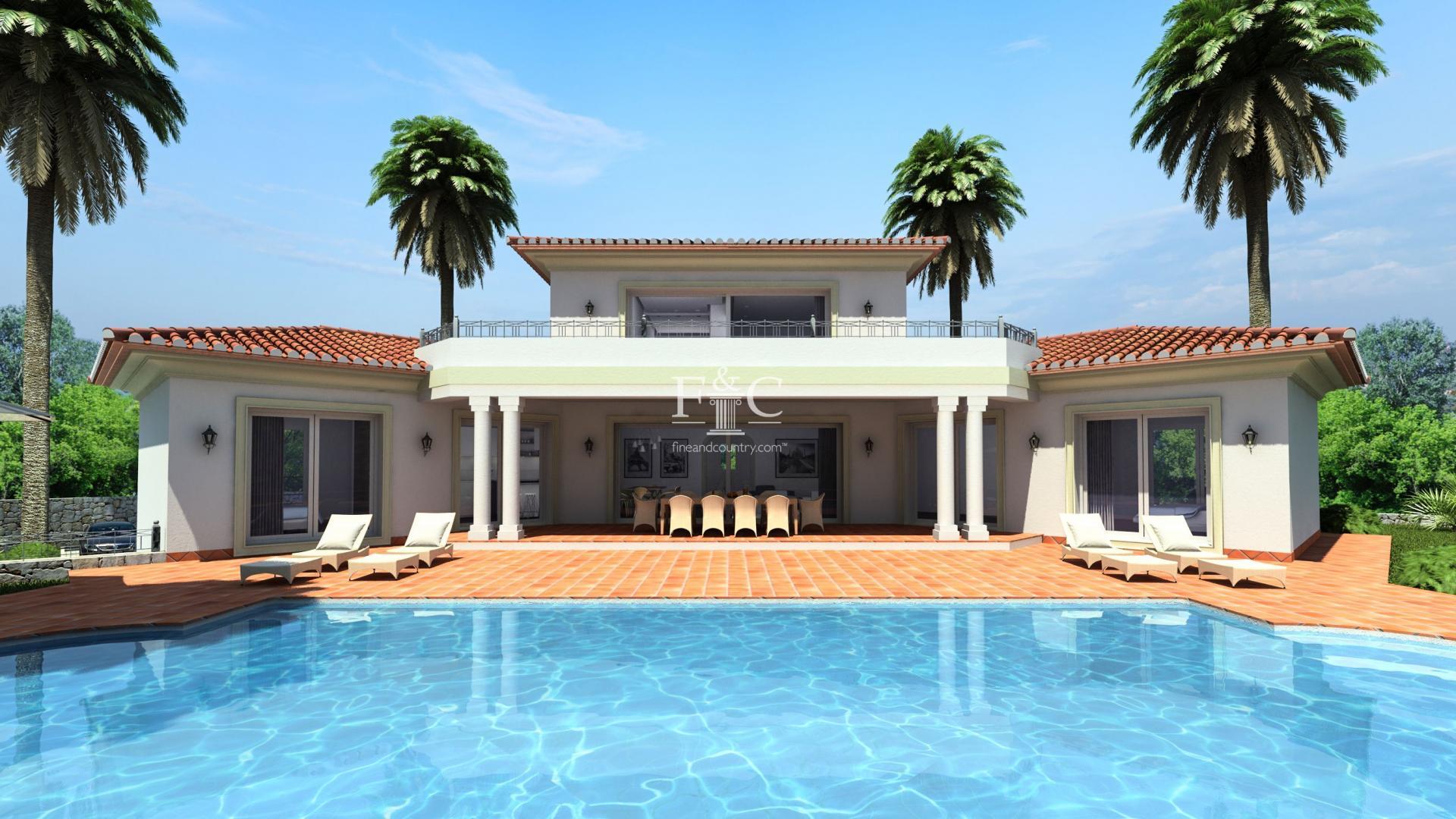 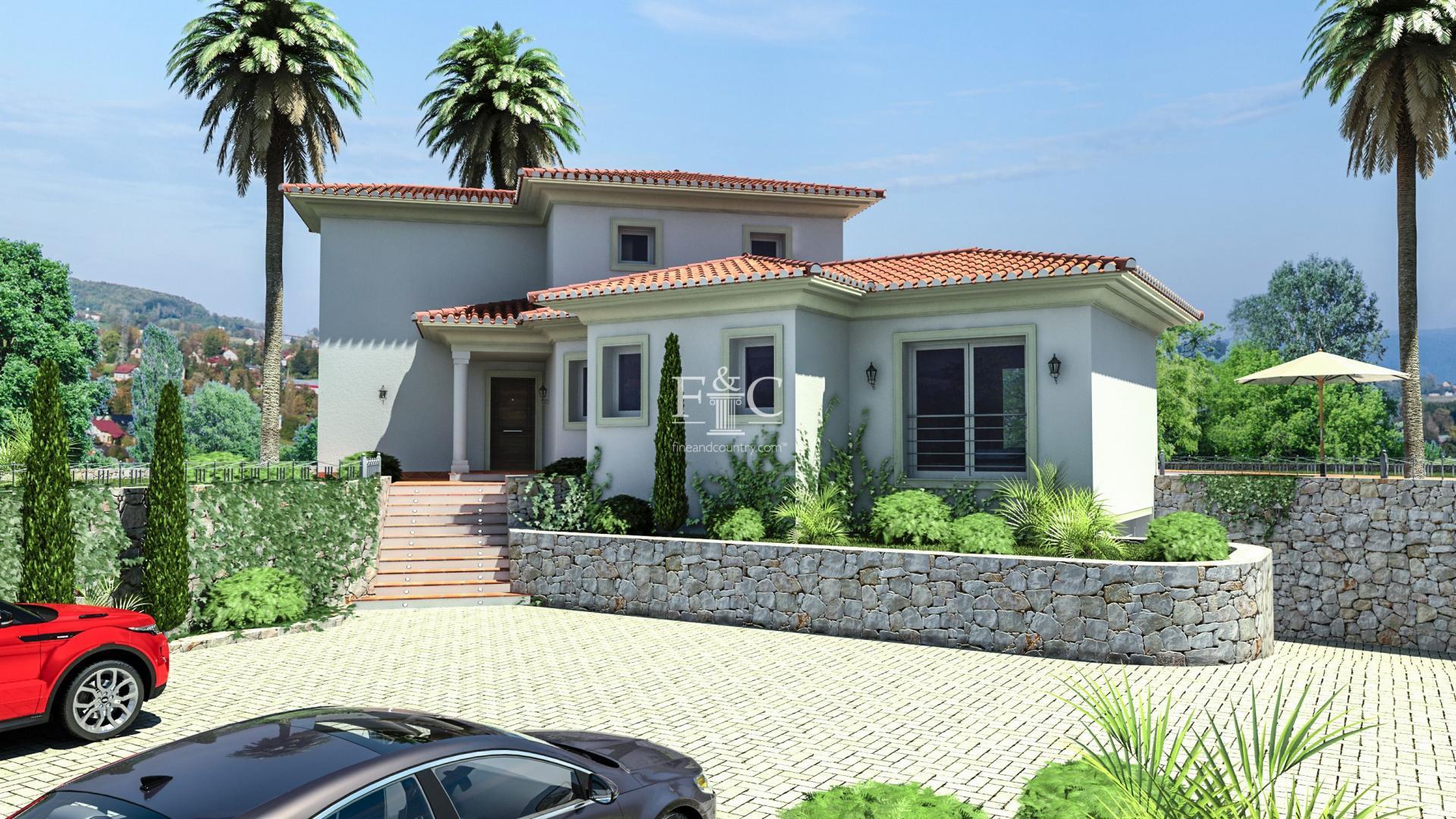 PROPERTY AT A GLANCE A stunning modern new build project with elegant architecture to create a timeless Mediterranean style villa in the exclusive Las Rotas area of Denia in a paradisiacal setting.

With a transitional style mixing traditional elements such as the Tosca stone fireplace and arches with modern elements to create a cohesive interior design with clean lines and a fresh feel that is both warm and inviting and one where the buyer is involved with the developer to create the ultimate spaces to reflect their own personality.

Within walking distance to natural beach areas perfect for snorkelling and kayaking, several restaurants specialising in fresh fish and seafood and an oceanfront promenade allowing you to walk or bicycle to upmarket yacht marinas and into Denia itself.

PROPERTY DETAILS Built on a flat plot of 1608m2 this villa built with the materials of the highest quality totally enclosed for privacy to include natural stone walls with two remote control galvanised metal doors for access, one for vehicles and another for pedestrians.

Distributed over two floors the spatial accommodation includes an entrance hall, staircase, guest toilet, large open plan lounge with Tosca stone fireplace and dining area with floor to ceiling glass expanses that open onto the terracing and pool, fully fitted kitchen with Bosch appliances that also opens onto the terracing perfect for summer dining and entertaining, on this level you also have a large room with en-suite that can be used as an office, guest bedroom or gym, plus another two bedrooms and family bathroom. The master suite is on the top level with a large en-suite bathroom, separate bathroom and with access to a private sun terrace. The basement garage which can be accessed from the main house via internal stairs has parking for two vehicles.

Externally a large 12m x 4m classic design pool with Roman steps for easy access, fully equipped with 57.00m2 of water. Covered terraces with a construction area of 34.18m2 and uncovered terraces on the ground floor of 105.7m2. The basement garage has a construction area of 94.31m2. Landscaped Mediterranean gardens with native plants and shrubs and exemplary trees such as palm trees, olive trees, carob trees, pomegranates, and fruit trees.

The property has many benefits to include, thermal acoustic insulation, solar collection for hot water, porcelain stone tiles, high quality bathroom fittings to include Villeroy & Bosch, Fiora, Grohe and to include Rain showers, underfloor heating, hot and cold air conditioning, video intercom, telecommunication installation to include TV, FM & Telephone in lounge and all bedrooms.