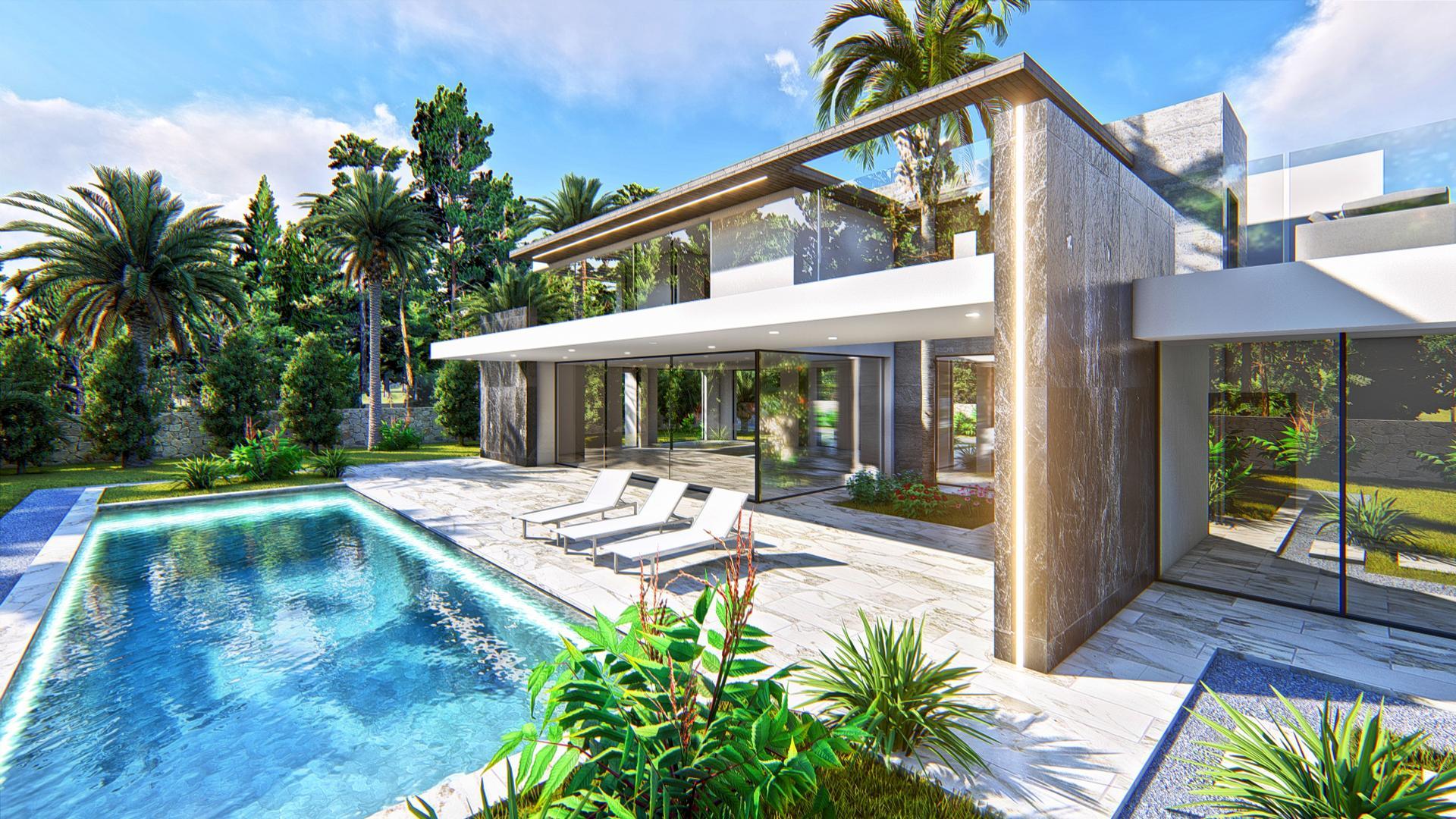 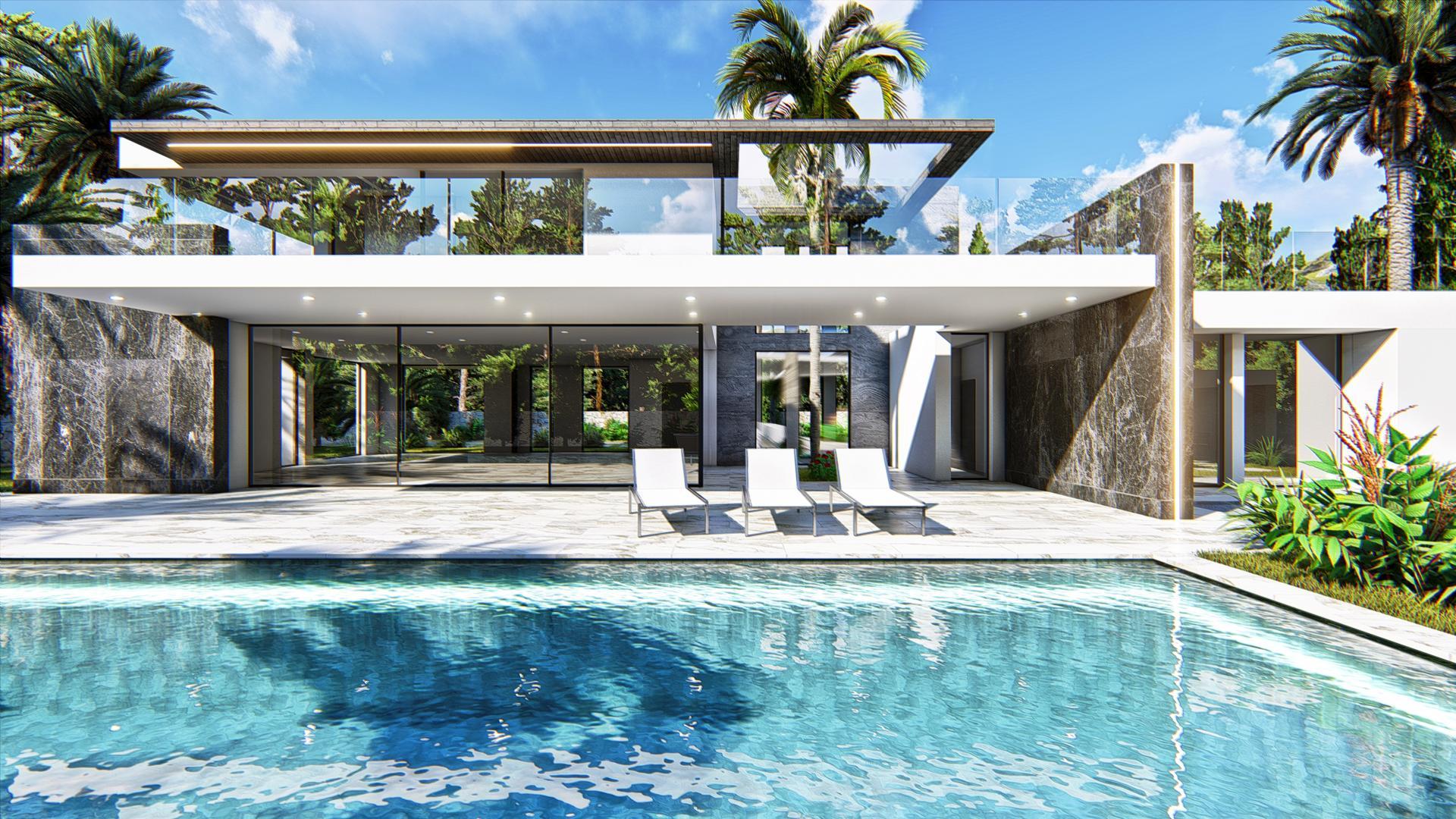 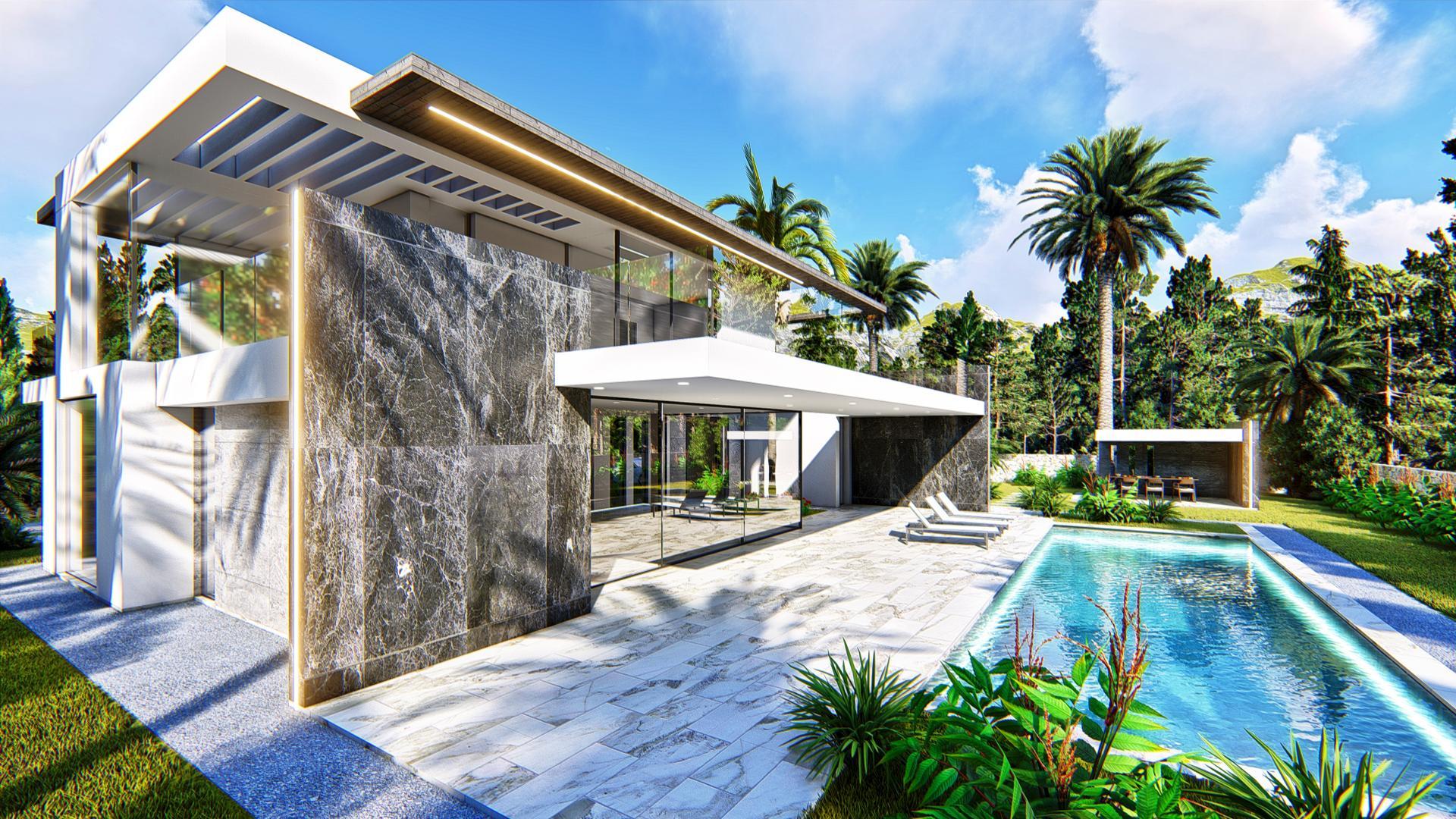 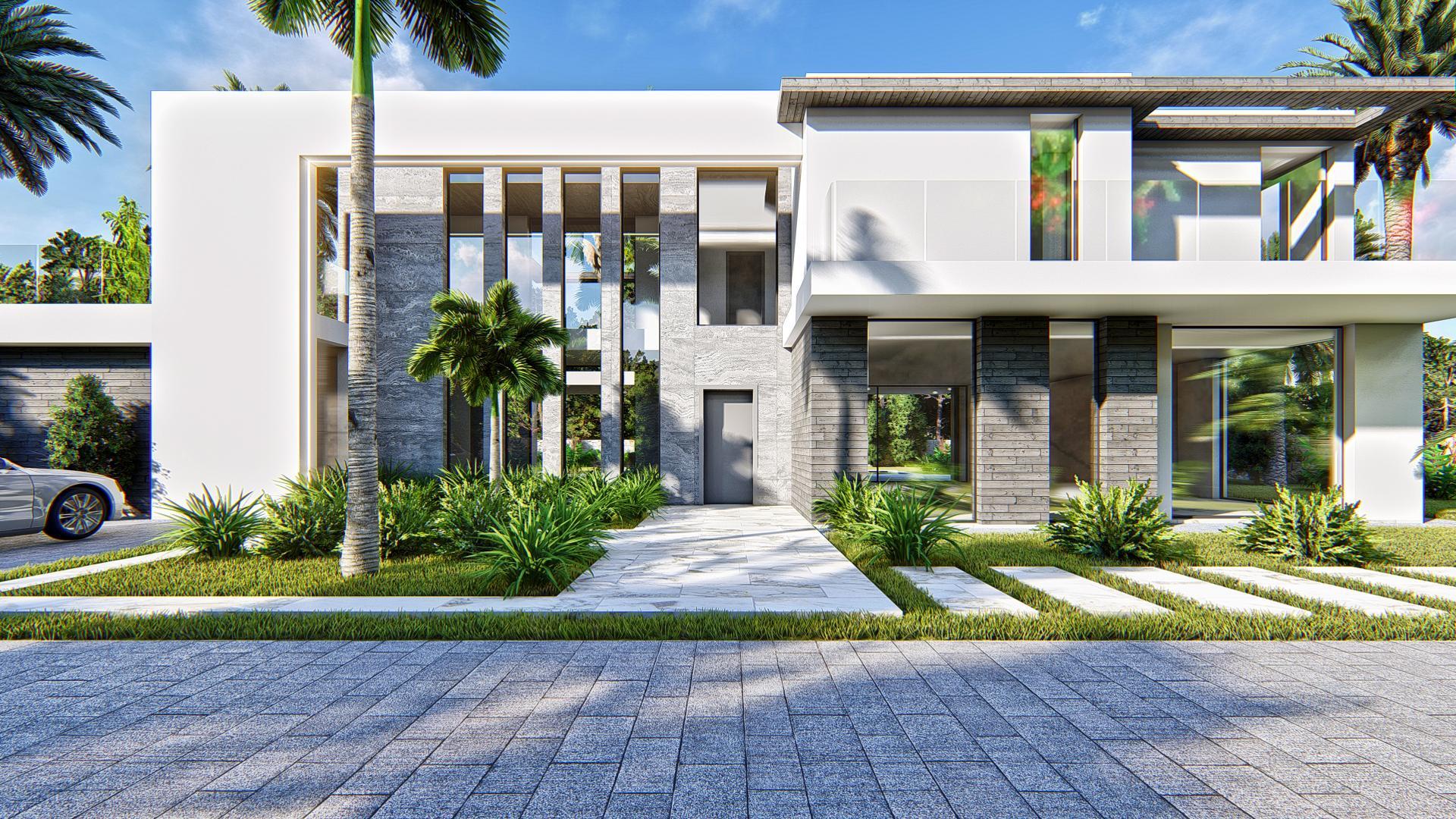 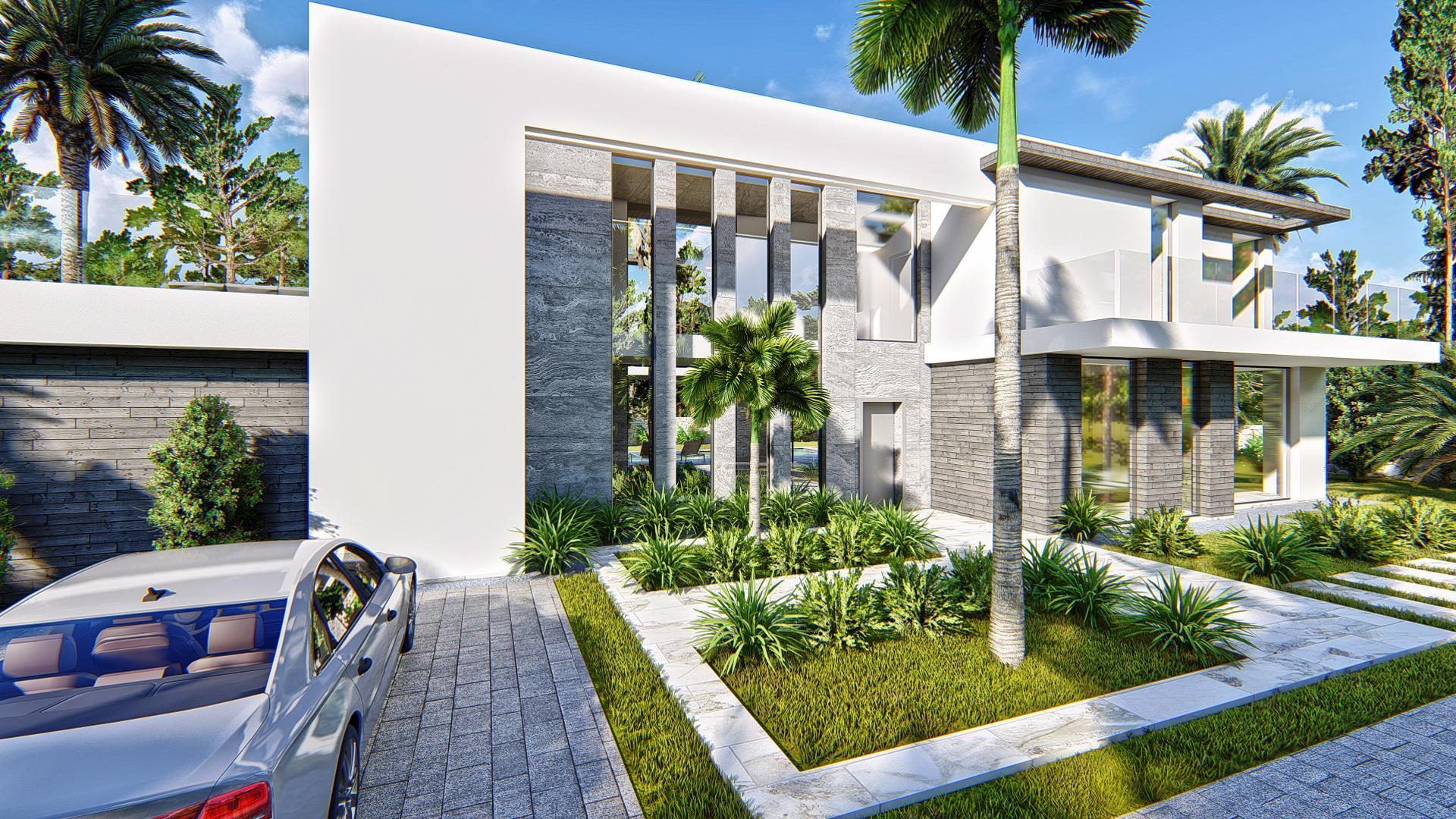 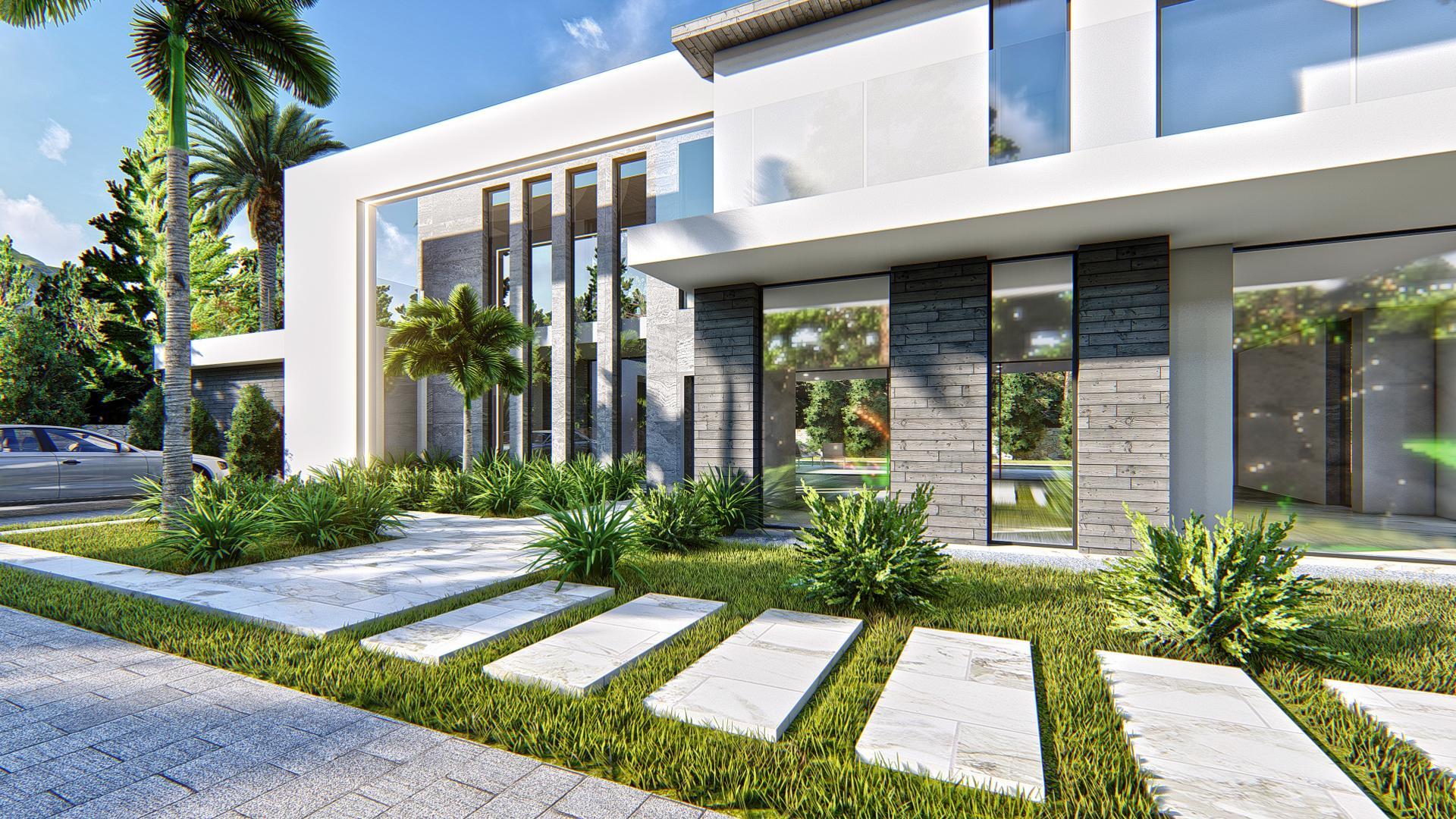 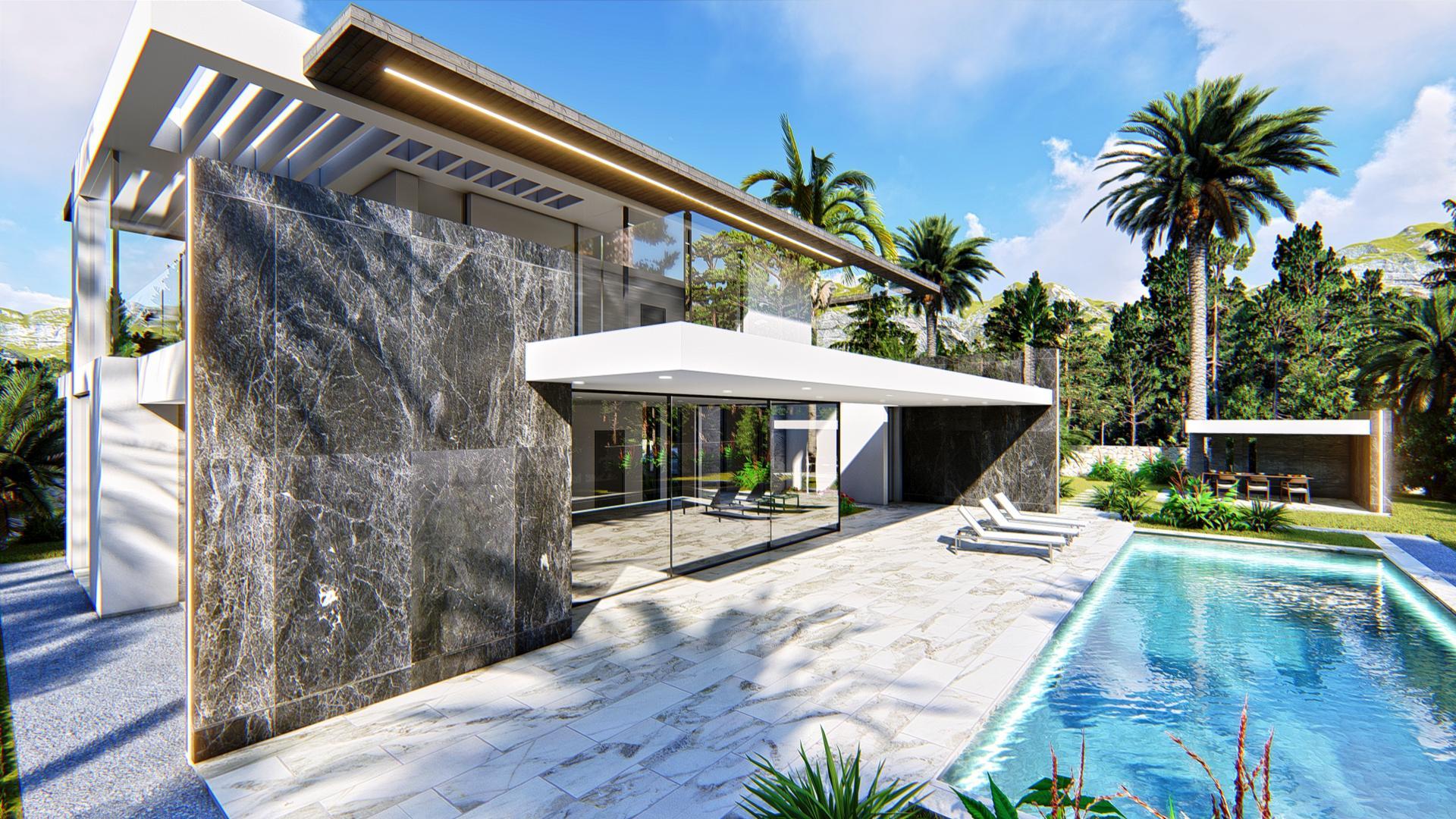 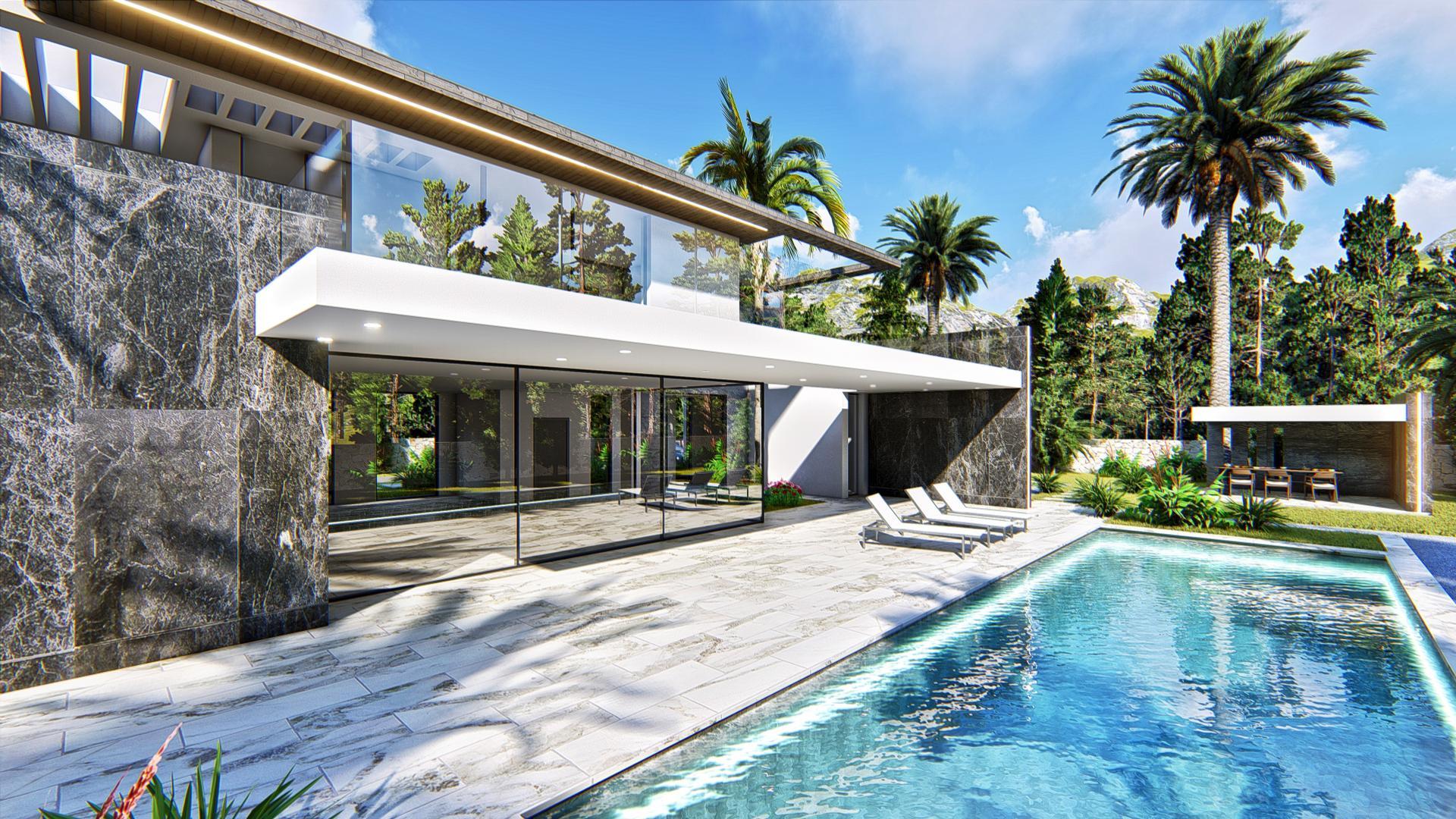 Modern-contemporary design villa within walking distance to the beach

PROPERTY AT A GLANCE A sophisticated luxury villa that boasts a spectacular modern-contemporary design within walking distance to the beach and located in one of the most desired and prestigious areas of Denia, Las Rotas.

The villa will be built with only the finest of materials, sophisticated details, innovative and luxury features with spacious and fluid rooms to create a harmonious home with contemporary aesthetics, straight lines and bright open spaces.

Designed with walls of glass and doors that seamlessly fuse the interior and exterior with “zones” that can be occupied in various manners from the fabulous swimming pool to the terrace, the summer kitchen, roof terrace, areas that offer the ultimate Mediterranean lifestyle for alfresco living and entertaining.

This is a superb investment opportunity if you are looking for a high-end luxury modern property walking distance to a beach and ocean front restaurants yet only a 5 minute drive to the cosmopolitan City of Denia with an array of blue-flag beaches, trendy upmarket marinas and the main ferry terminal giving access to the Balearic Islands of Ibiza, Formentera, Mallorca and Menorca.  The 5-star La Sella Golf Resort & Spa is a short 10 minute drive away together with an Equestrian Centre.

PROPERTY DETAILS This beautiful villa provides the ultimate in luxury with an exciting combination of classic elements and avant-garde materials. Its contemporary design features large glass expanses providing plenty of natural light and open views of the extensive garden. The property has a large outdoor area with pool and covered summer kitchen and entertainment area, perfect for those long summer months.

Spread over two levels, the ground floor consists of an open concept living room, dining room, large kitchen and utility room, two double bedrooms with en suite bathrooms and a separate guest toilet. The upper floor has the master bedroom with ensuite plus an additional double bedroom with en suite bathroom. Both bedrooms have access to the roof terrace.

The design process allows the buyer to be part of the process to create a home that suits their lifestyle and needs incorporated into the unique design.

This exquisite home is a fantastic opportunity to live in luxury in one of the most sought-after areas in Denia, Las Rotas, enjoying all the benefits that this area has to offer.

It has an ancient castle that rises majestically, overlooking the city and harbour, and located inside the castle is a wonderful Archaeological Museum. The museum shows the past through exhibitions and history of a city linked to the sea by the great civilisations that have passed there.  The different rooms show you the story of Denia from its beginnings to the eighteenth century, dividing it into 4 areas: Iberian, Roman, Muslim and Christian Periods.

It is a cosmopolitan and modern city. The main shopping street, Calle Marques de Campo is a wide, tree-lined boulevard with pavement cafes, restaurants, bars and a variety of shops and boutiques. The delights of Denia have also inspired dozens of writers and it is here where you will find a bust to Miguel de Cervantes, probably Spain’s best-known author for his intriguing work about Don Quixote. It is a tribute to the time when the author landed in Denia in 1580 following his imprisonment in Algiers.  In Plaza de la Creu you will also find a rather comical little character which looks like a Playmobil figure but actually commemorates the making of the Hollywood movie John Paul Jones in Denia in the 1950s.  There is also a beautiful old fishermen neighbourhood, Baix la Mar, which is a gorgeous, historic maze of narrow streets and little squares with cosy cafes, bars and restaurants.

In Dénia, the best seafood and the Valencian fruit and vegetable products merge, resulting in a clear example of the rich variety and deliciousness of the Mediterranean diet. The famous red prawn of Dénia, or the exceptional “arròs a banda” (seafood paella), are among other culinary specialties which blend tradition and quality, dishes than can be tasted in more than 400 restaurants in the city, which produce the most varied local, national and international recipes. Denia also boasts Quique Dacosta, one of only nine 3 Michelin-starred restaurants in Spain and ranked 68 of the best restaurants in the world. Without a doubt, Denia stands as a true gastronomic environment in which emerge with force new trends of the cuisine.  Dénia was awarded the "Creative City of Gastronomy by UNESCO" in 2015 putting this Mediterranean city of Costa Blanca North on the world map of gastronomic culture.   In 2019 Denia has been selected, along with five other European cities, to draw up a map of its cultural and gastronomic heritage that will be part of a project of shared identification of the values ​​of the European Union.

Dénia has a wonderful climate and has an extensive 20 kilometers of coastline providing blue flag sandy beaches, caves with diving opportunities, and natural sea reserves teeming with marine life.  El Montgó (the Montgo Mountain) is a major landmark of the area, a nature reserve rising up, as Blasco Ibáñez said, like “a giant hand”, has served as a watchtower for this diverse and cultural place which has been inhabited for over 4.000 years.   If you are looking for Golf then Spanish world class golfer Jose Maria Olazabal designed Club de Golf La Sella Denia in 1990 which offers a challenging 18 hole golf course and a driving range with over 20 bays.

It is a city very involved with its sea, due to the important fishing activity, whose main product is the famous Denia red shrimp; to its marinas, the largest in the province. With a strong international flavour deriving from its history as a Mediterranean port Denia is the closest mainland point to the Balearic Islands and you can make a ferry trip to one of the nearby islands of Mallorca, Menorca, Ibiza and Formentera in around 2 hours 30 minutes.   As well as being the main ferry port for the Balearics, Denia has easy access to both Alicante Airport (one hour drive) and Valencia Airport (one hour 20 minute).