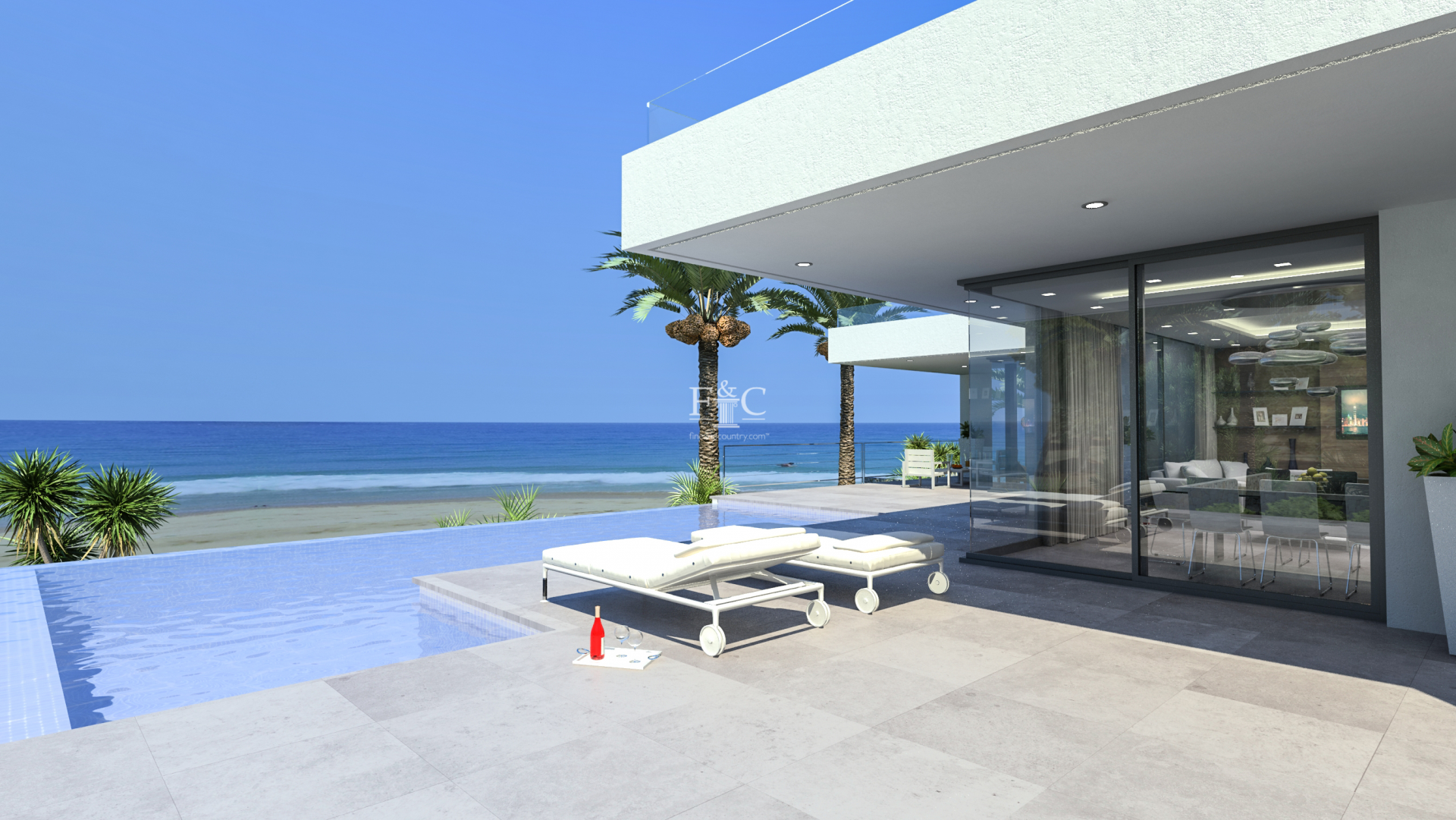 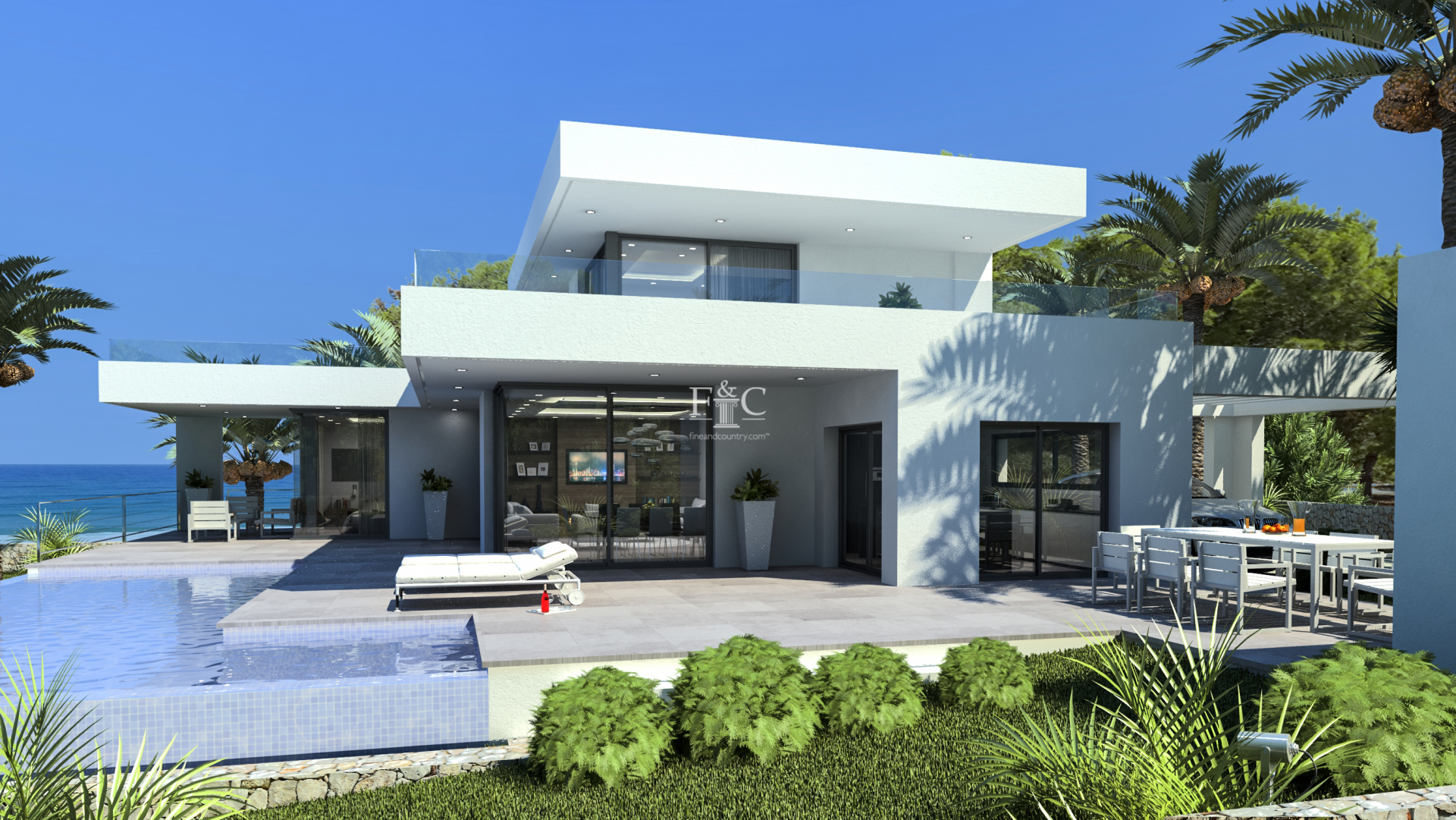 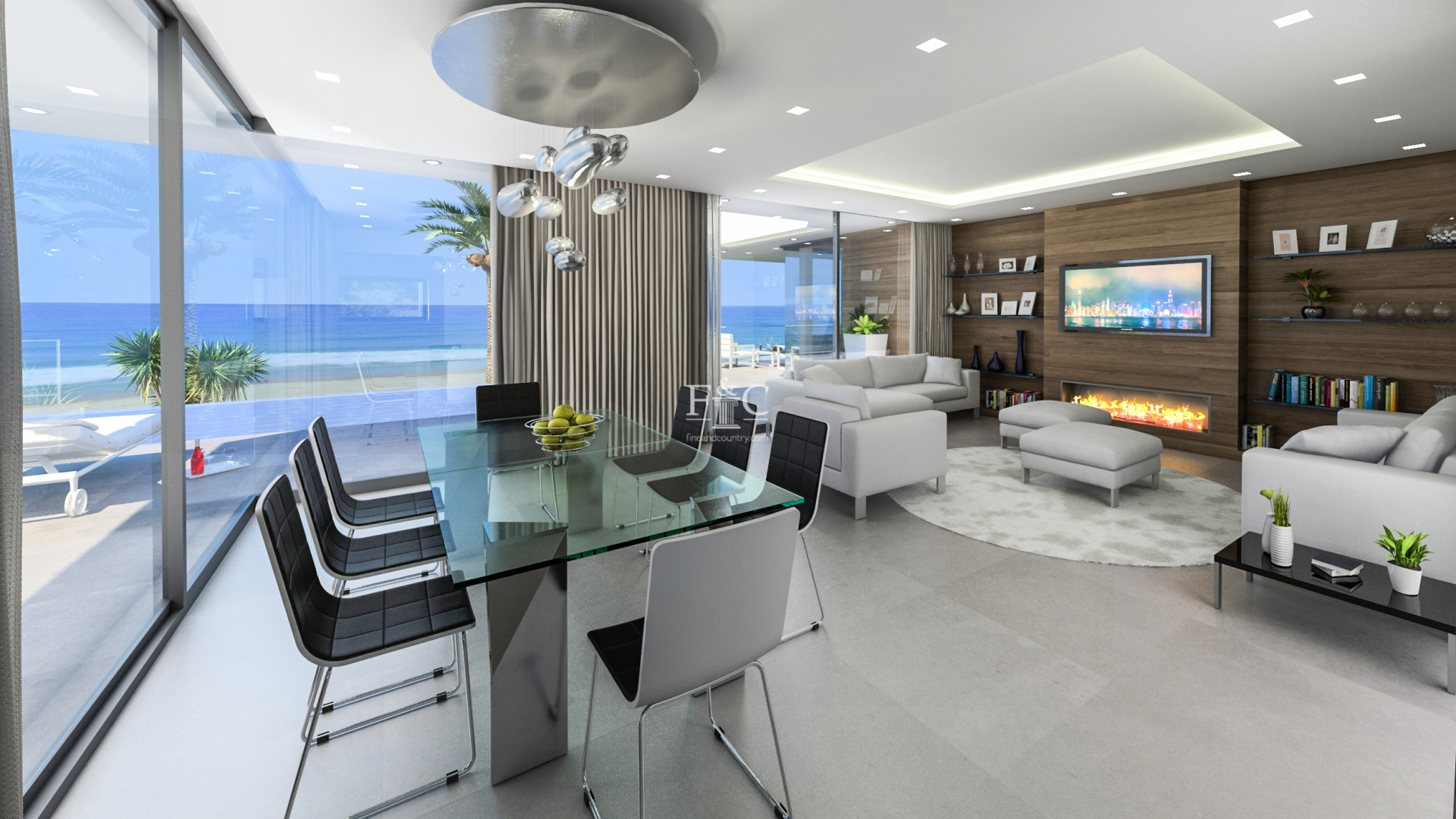 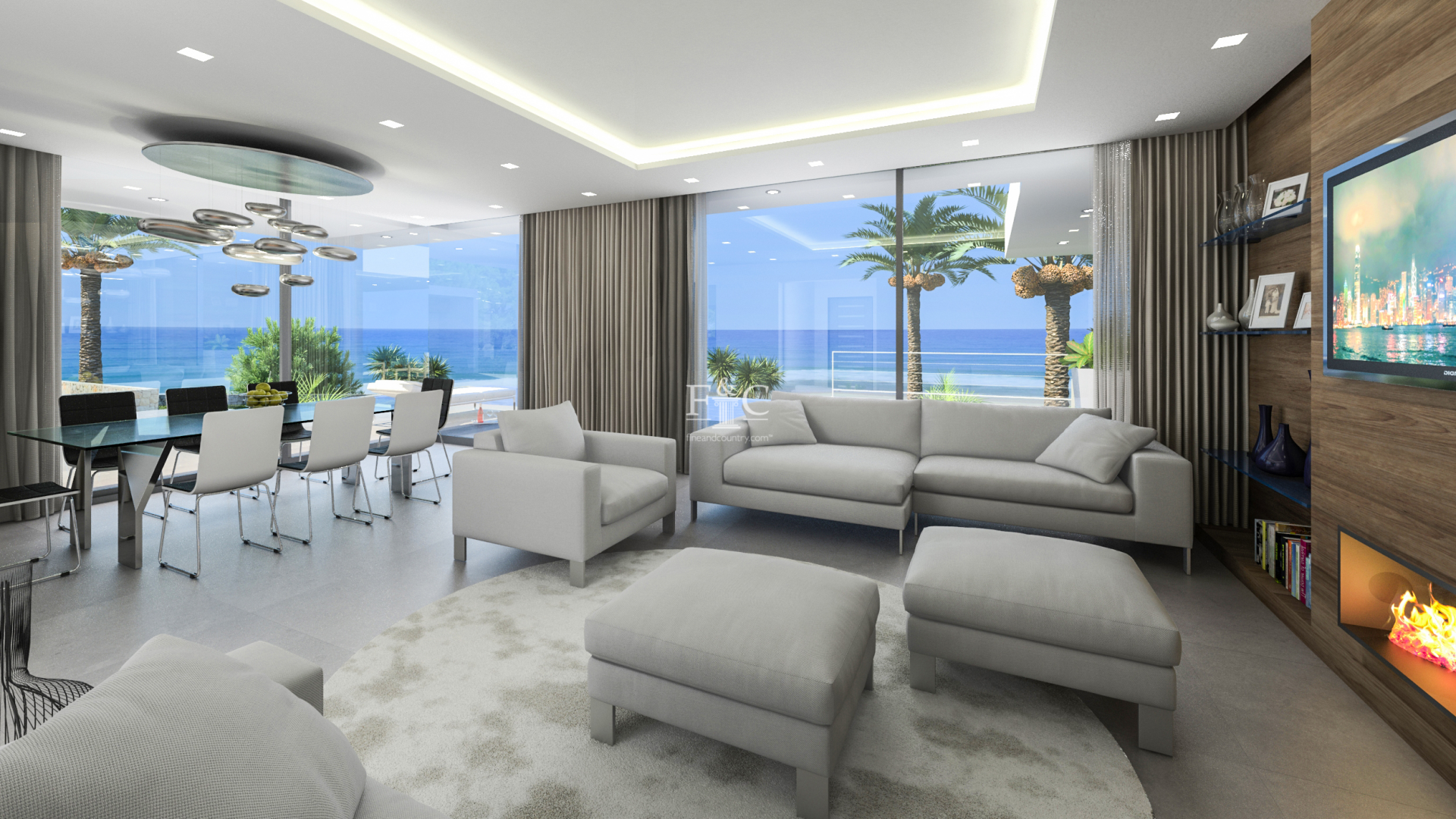 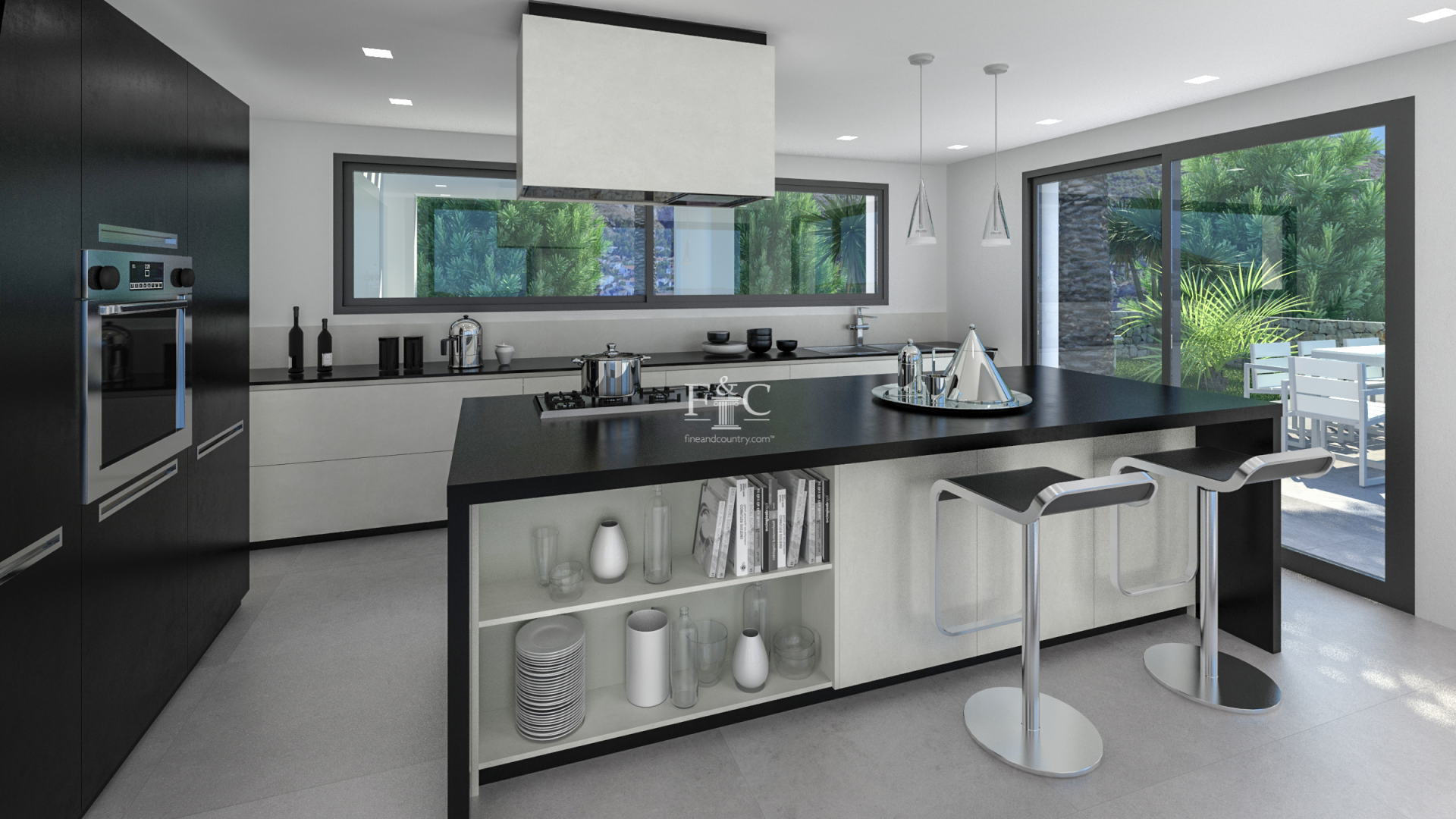 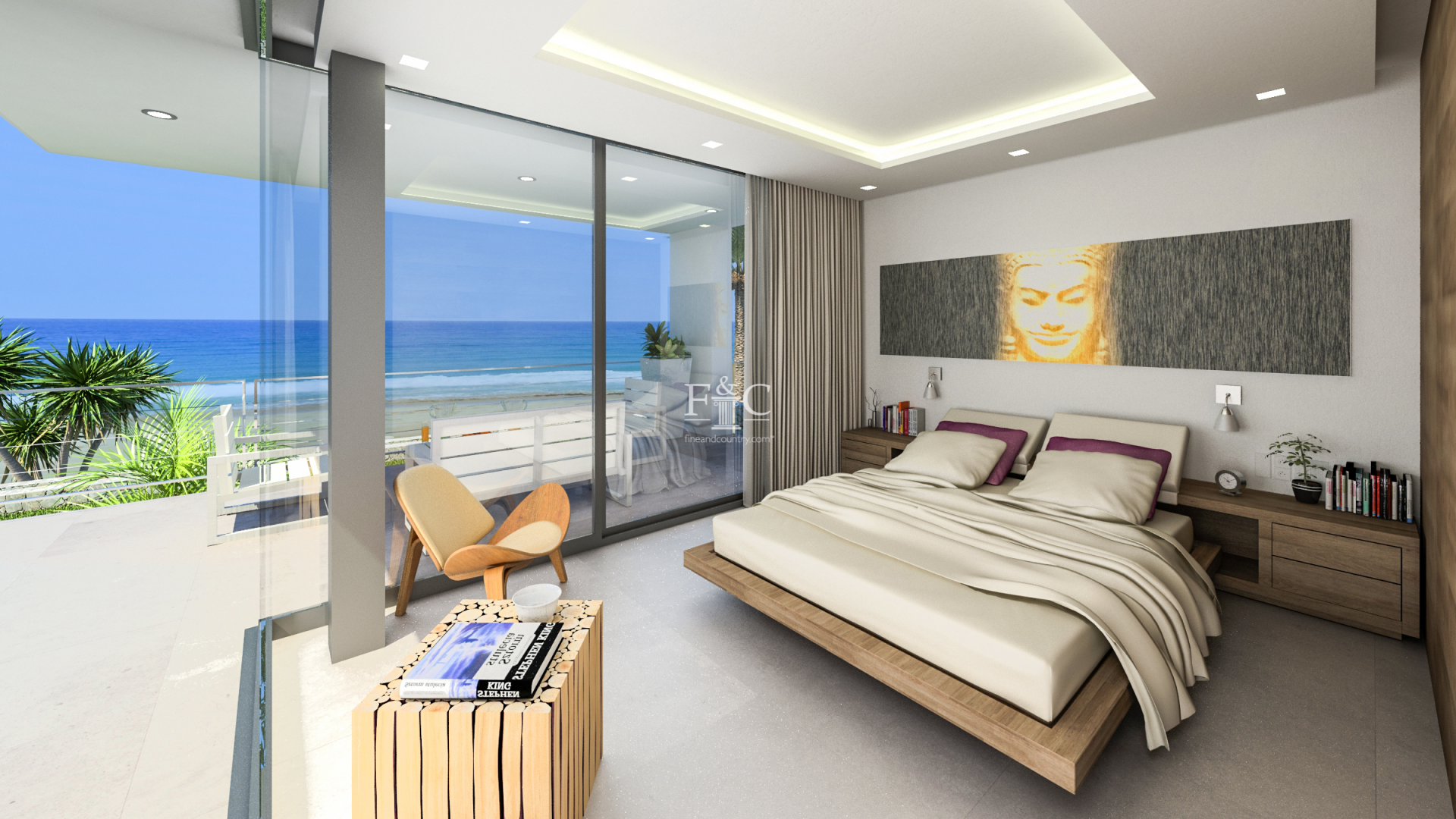 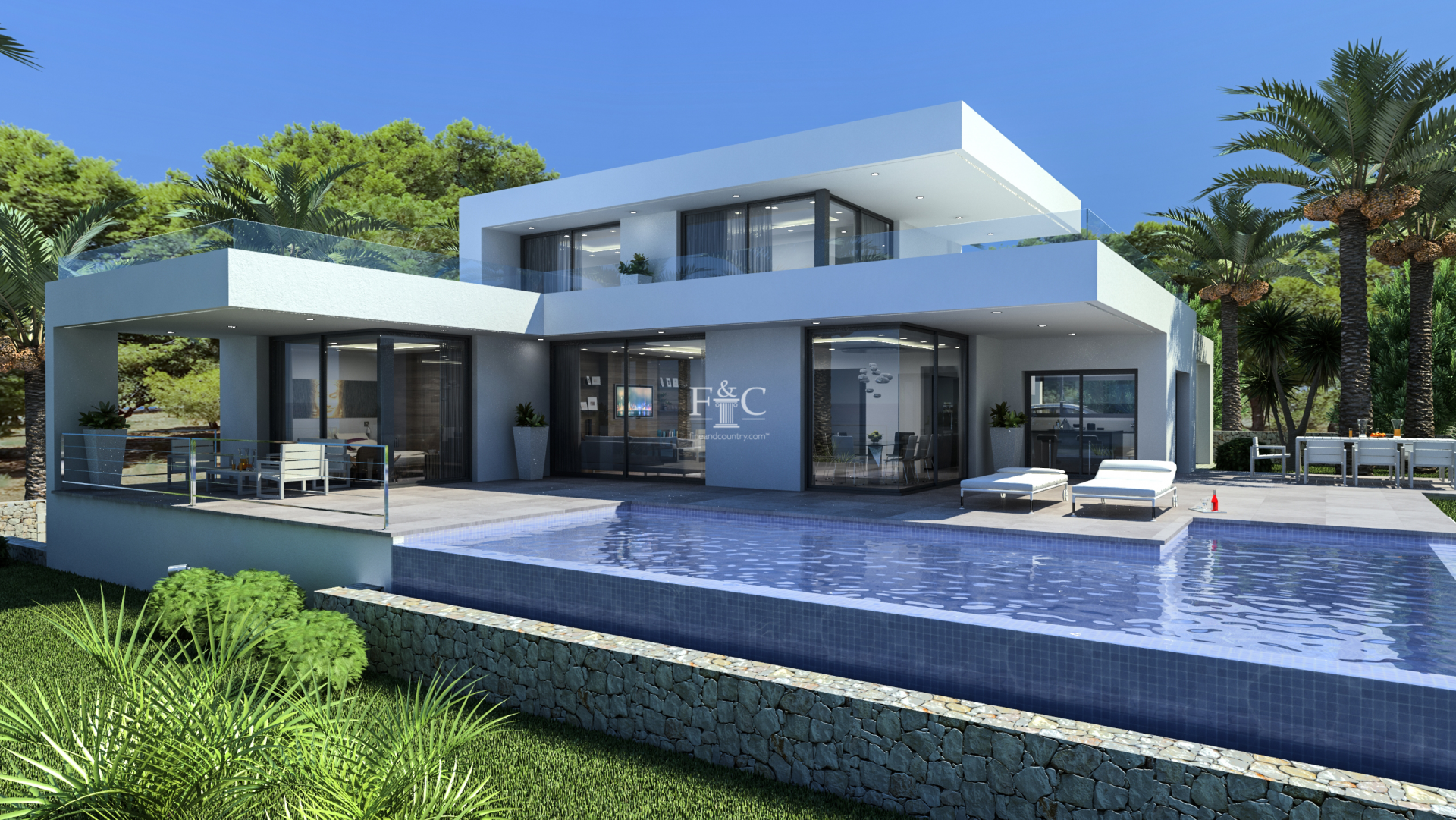 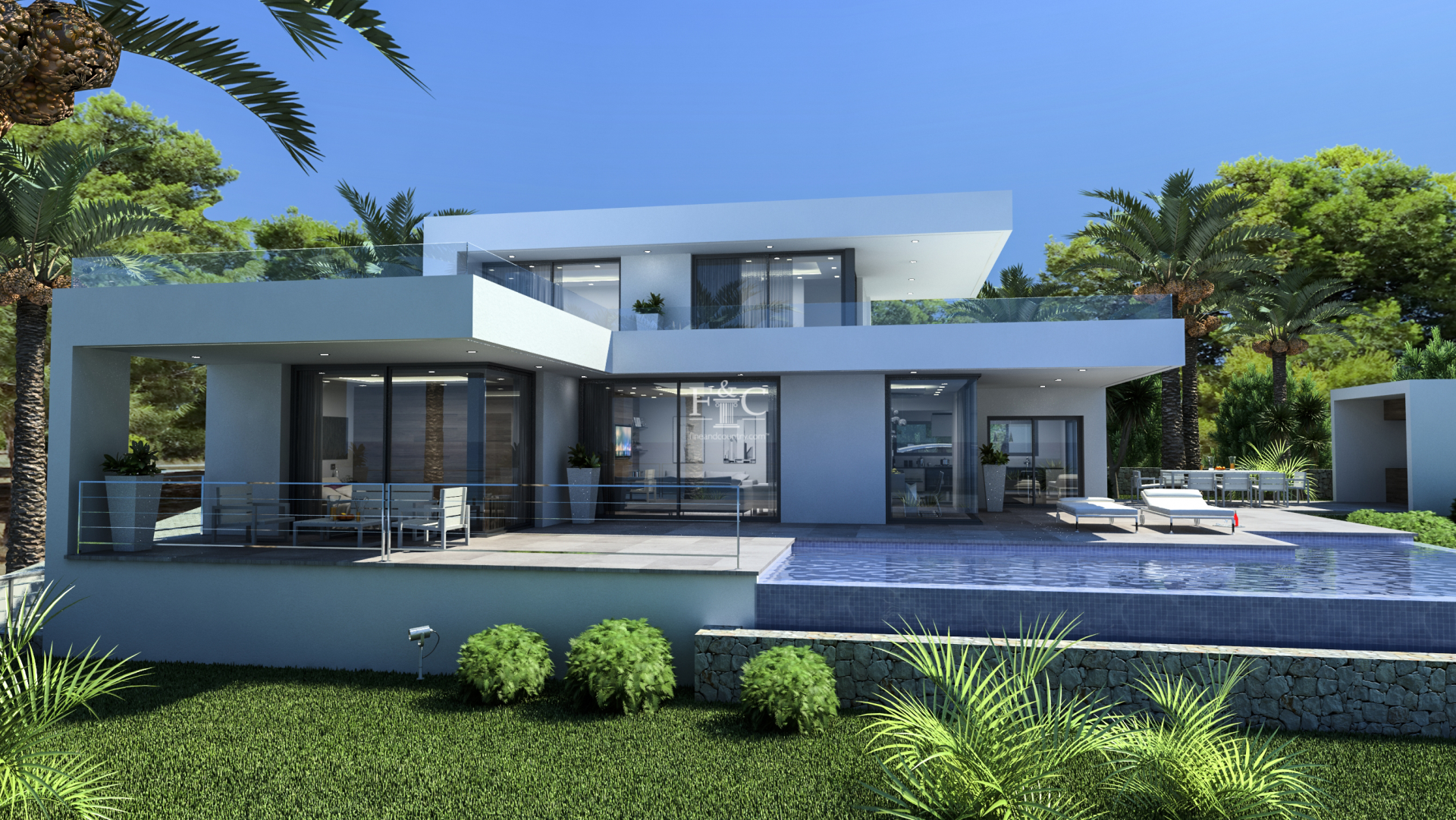 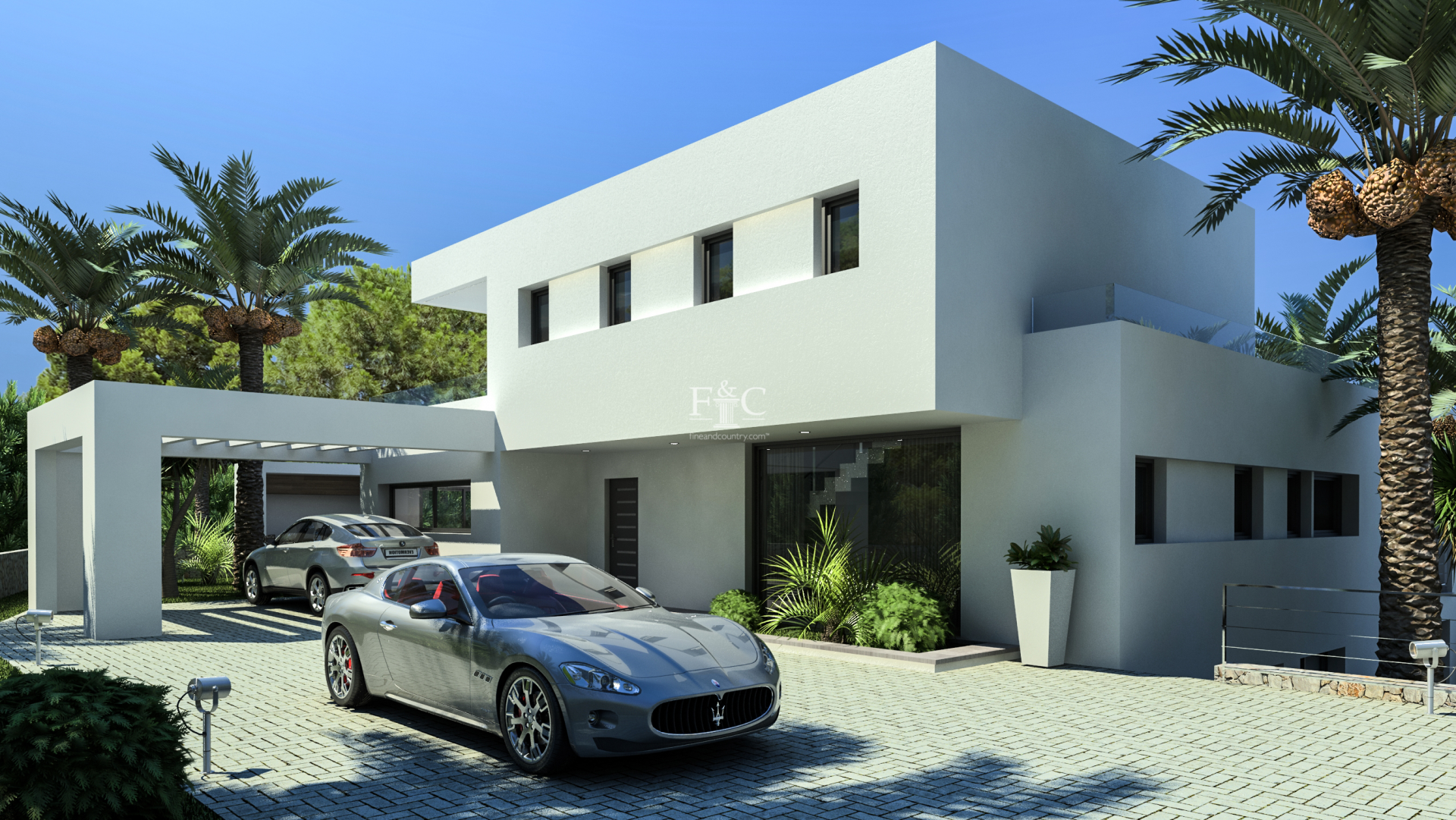 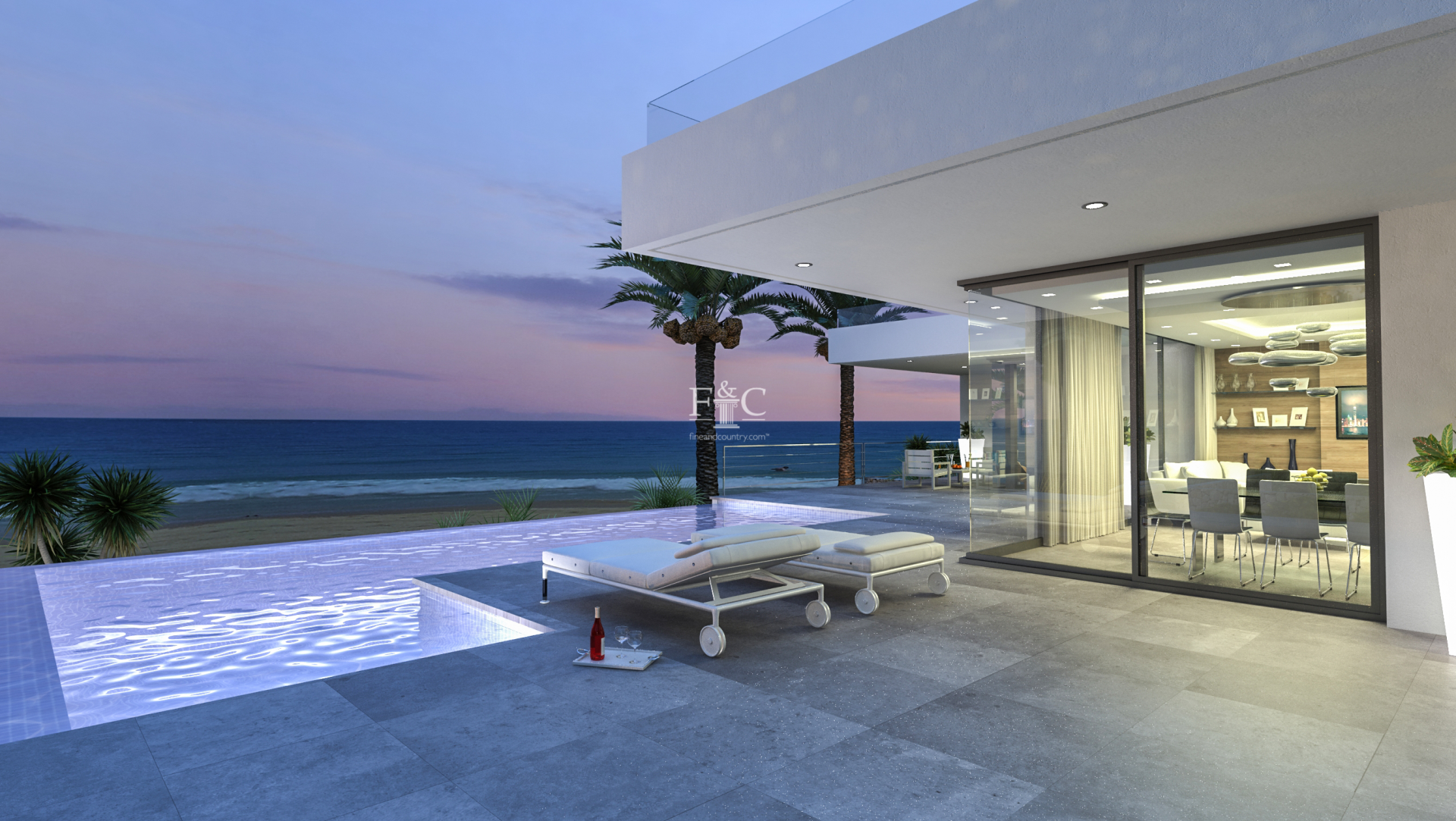 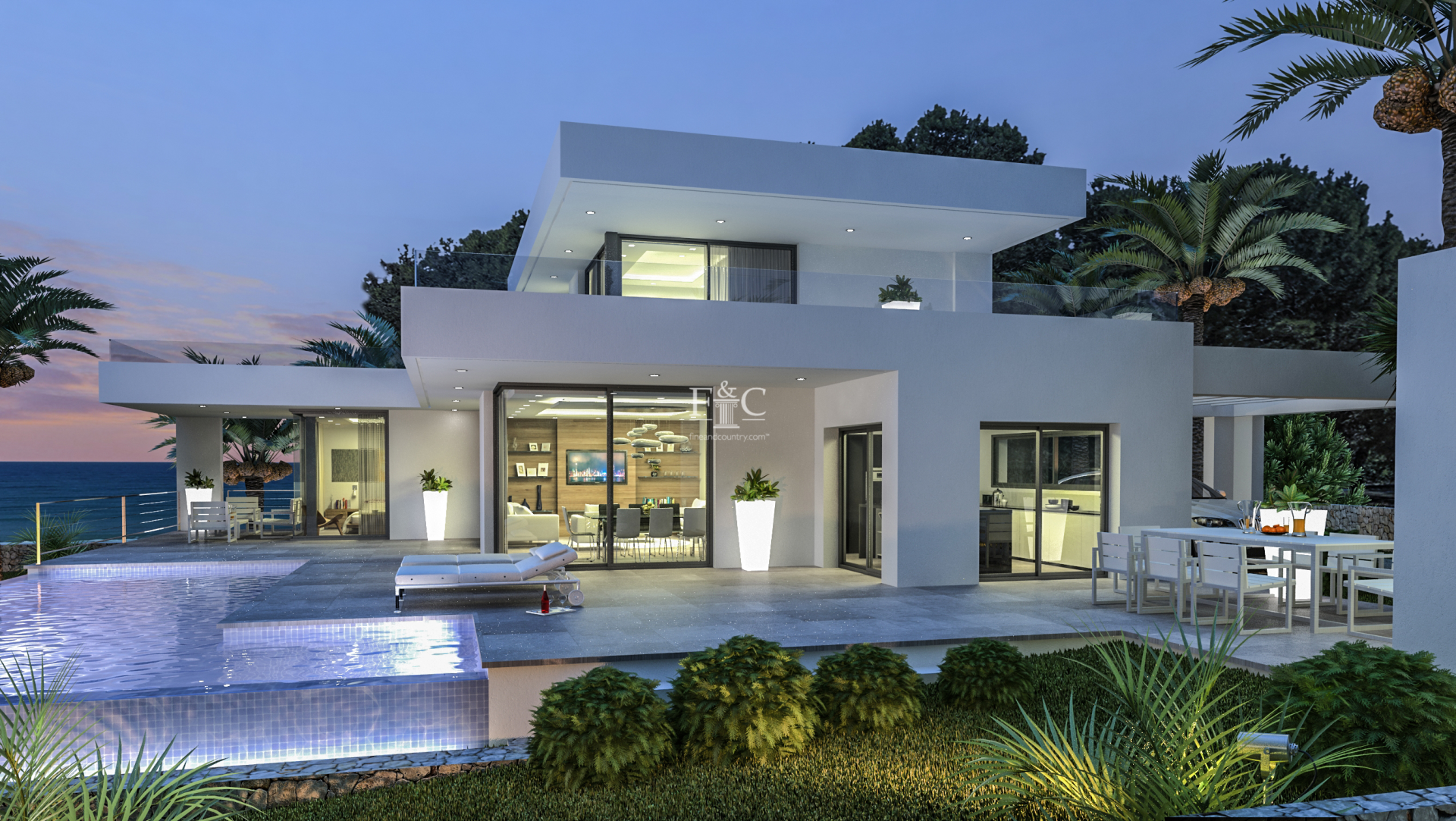 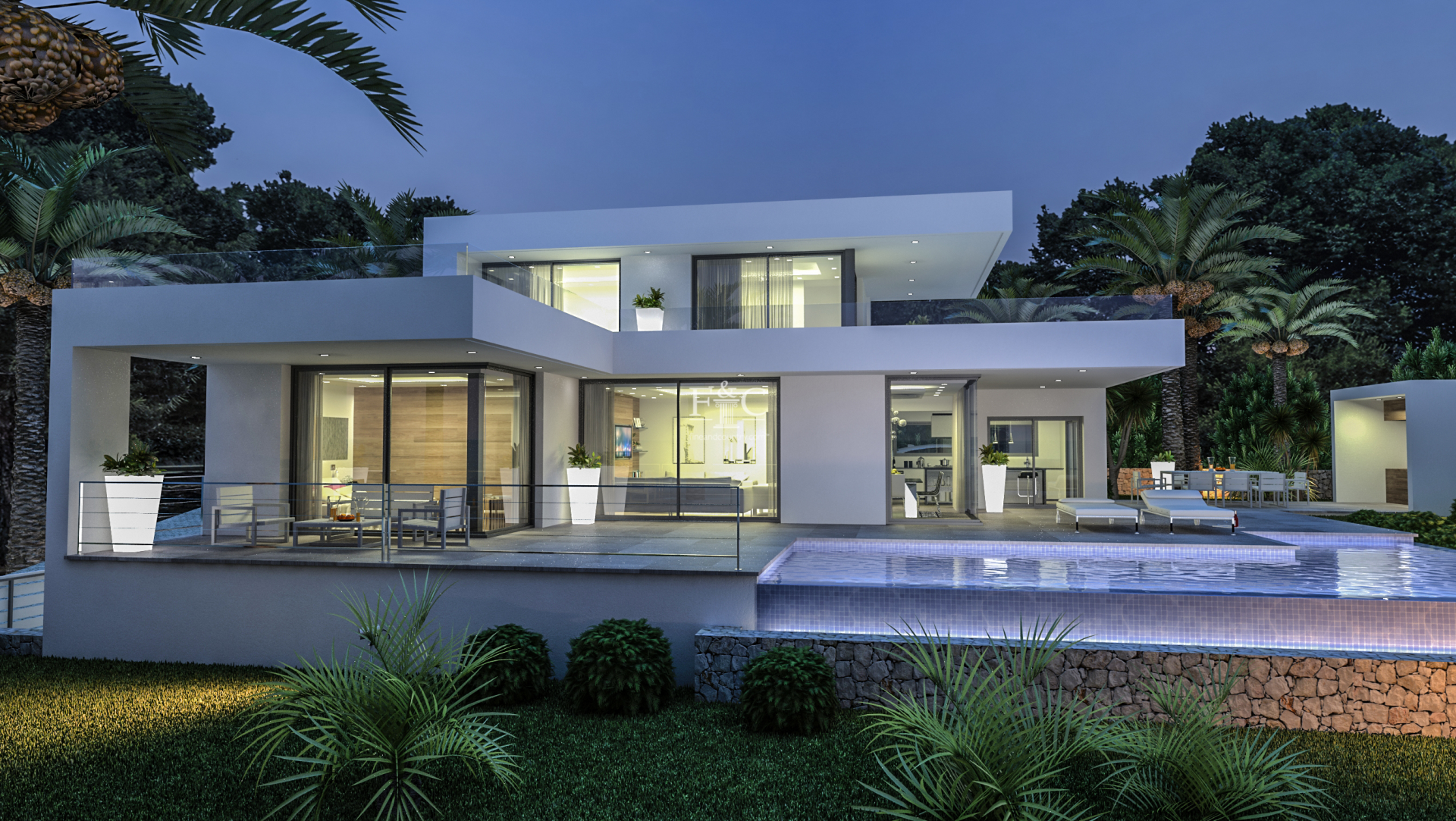 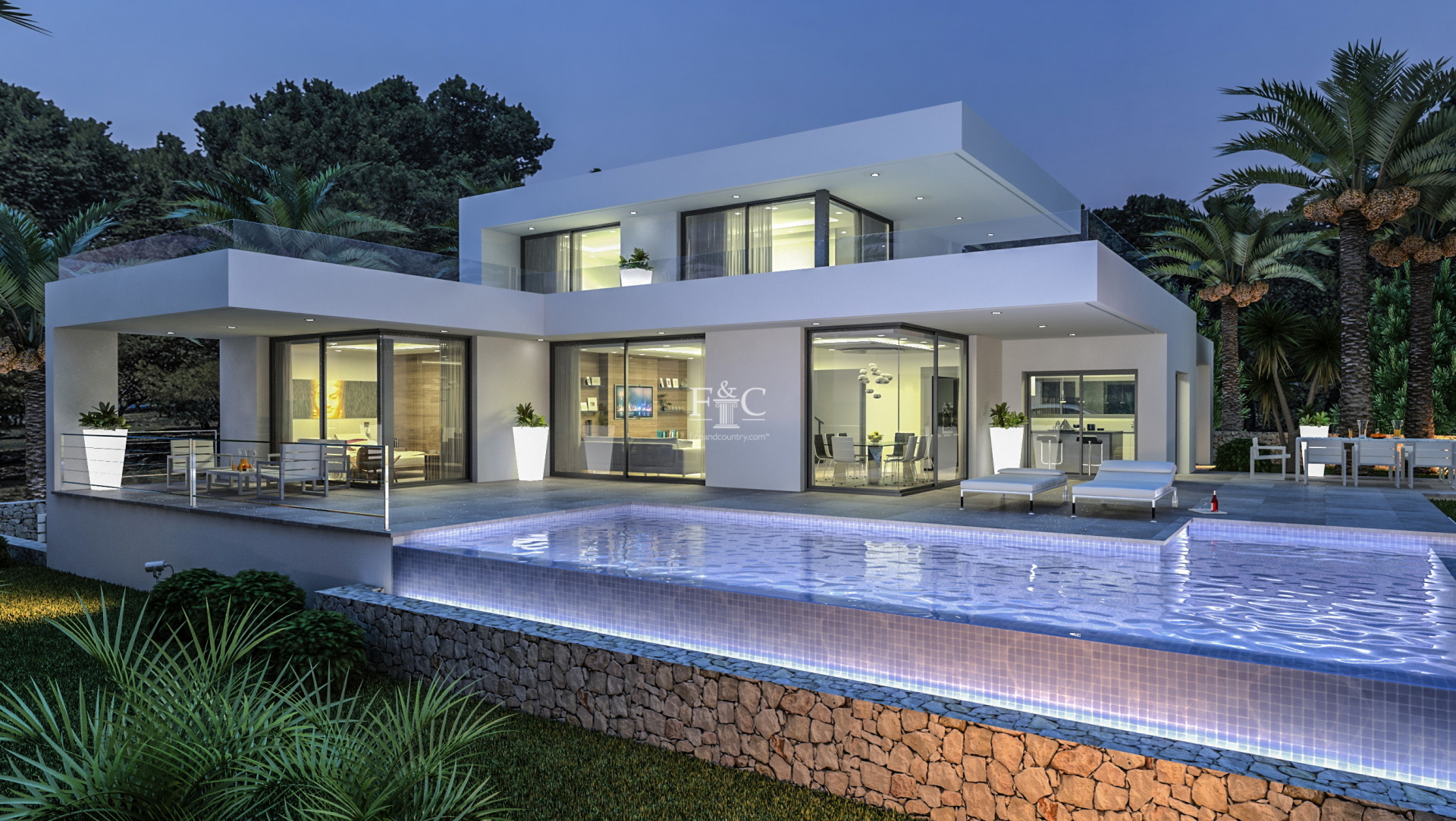 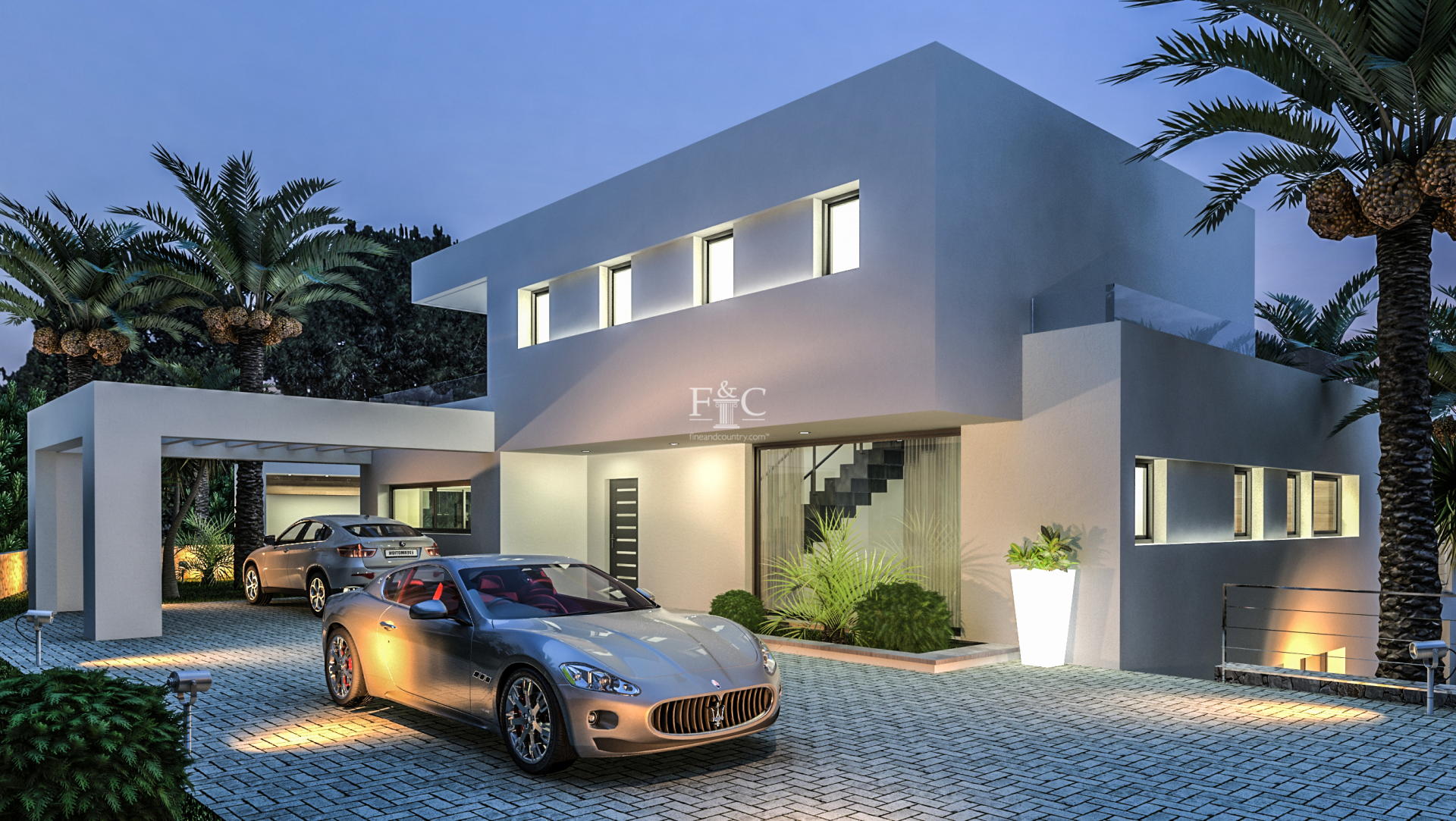 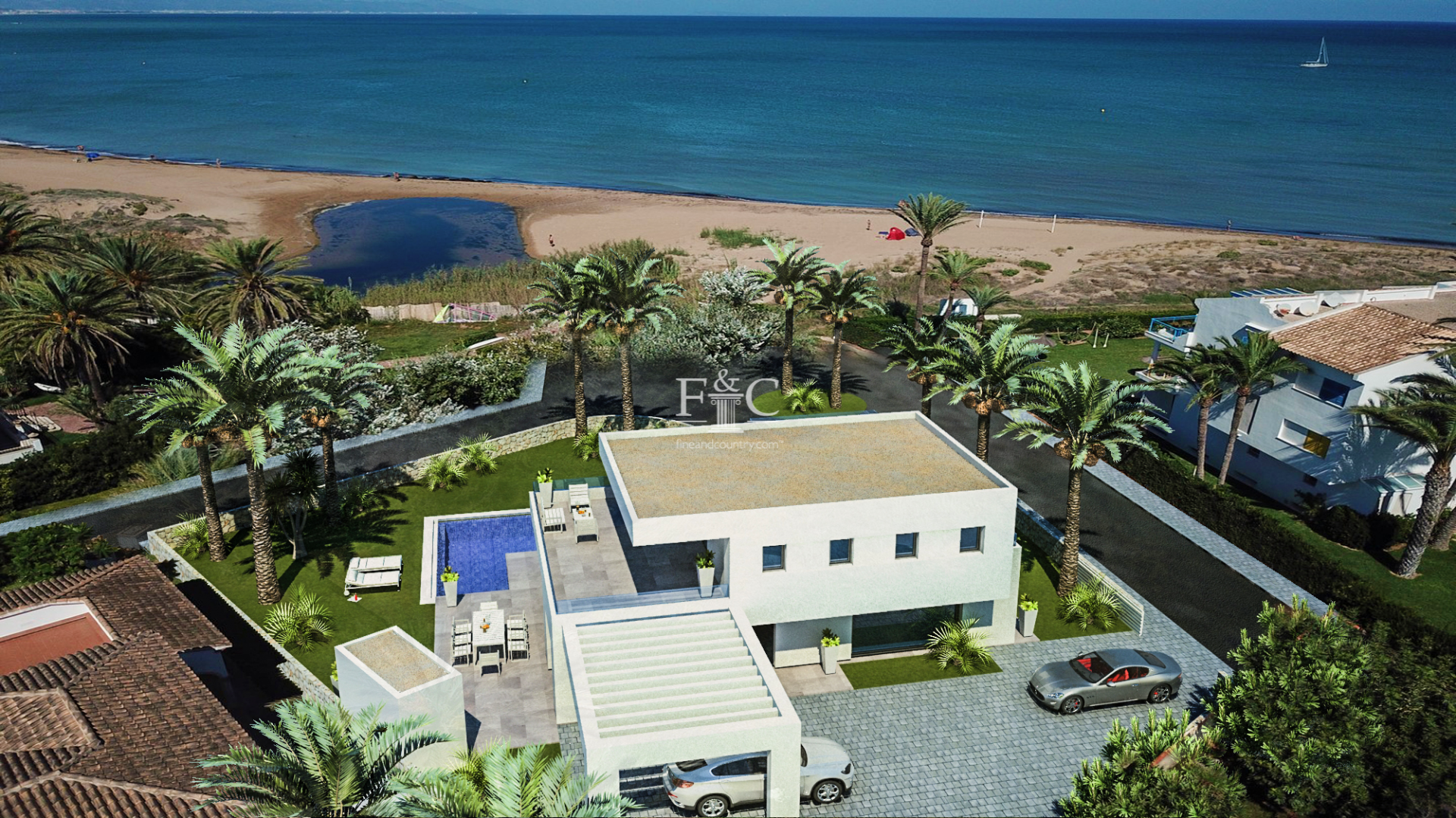 Villa for sale with 3 bedrooms, Denia

PROPERTY AT A GLANCE A unique and rare opportunity to build the house of your dreams in a beach front location living in sheer paradise just the sun and the sea and within walking distance to an exclusive 18-hole Golf Course Resort, Hotel Spa and Equestrian Centre.

Enjoying impressive and unobtrusive sea views the contemporary modern build includes large expanses of glass which replace solid walls allowing the outdoors to seamlessly merge with the interior with open and covered terraces to extend the areas for entertaining and dining from the main internal living areas perfect for large social gatherings, a large private terrace on the upper level to enjoy as you retreat to your master bedroom plus in the enclosed landscaped Mediterranean gardens an infinity pool that almost blends into the ocean all adds to the overall luxuriousness.

The property will be built in a unique modern design where all details have been considered to ensure tranquillity, relaxation, and privacy. Plus, the discerning buyer has the opportunity to enhance and adapt to suit lifestyle requirements working with a renowned builder/developer who have become a leading architecture company throughout the Costa Blanca.

The locational is exceptional in an area of almost a full year of summer and spring without winters or frost and kilometres of a coastline bounded by natural dunes. An impressive landscape surrounded by mountains and orange groves with blue skies, endless beaches of fine sand and the crystal-clear water of the Mediterranean Sea.

For those that love the beach and or golf, horses this property certainly ticks all the boxes in such a picturesque setting yet one that also offers a highly desirable and cosmopolitan lifestyle with the centre of Denia a mere 15 minute drive away and the cultural and historic capital port city of Valencia, the third largest city in Spain, only a 45 minute drive.

PROPERTY DETAILS Consisting of 3 bedrooms 4 bathrooms in a modern contemporary design with large expanses of glass to maximise the front-line beach location and sea views. The main level offers open concept living to include lounge with wall mounted fire, dining area and high spec fully fitted kitchen with integrated appliances and central island with hob, suspended overhead ceiling extractor and a casual dining/breakfast area perfect when cooking for the family or casual entertaining, areas that open out to open and covered terraces for alfresco dining and relaxing on this level there is also a guest toilet and a guest bedroom with ensuite with access to a private terrace leading the pool, an internal staircase from the entrance hall leads to the upper level consisting of two bedrooms both with ensuite which includes the large master bedroom suite, both of which enjoy the large private terrace from which to enjoy the fabulous beach and sea views.

The plot is completely enclosed with dry stone walling and includes a covered car port and large drive for several vehicles. Access is via remote control sliding security gate plus video entry and security door.

This beautifully executed design brings vibrancy and light to each room by opening all the areas to ocean views and providing all the modern luxuries of ocean front living right near the beach and allows the buyer to adapt and enhance by working with the builder/developer to suit own personal lifestyle requirements to add for example a garage, rooftop terrace etc.

LOCATION Oliva is a perfectly preserved old town of the medieval flowering period. You can stroll through the ancient Christian town between their churches, stately homes, ancient sites, and museums. And climb the old Moorish quarter of the suburb that retains its typical streets.

Oliva is a 15-minute drive along the coast from Denia and only a short 45-minute drive to the city of Valencia. It lies in the heart of Spain´s orange growing region with over 7 kilometres of beach with blue flag status and, stunning sandy beaches, natural beaches with sandy dunes and beaches that are wheelchair friendly. Oliva is home to one of the province's largest Moorish and Christian festivals (Festes de Moros i Cristians), a treat for visitors in town during the third week of July. In the old town there are two churches: Sant Roc and Santa Maria la Major. Sant Roc dates from the 18th-19th centuries and Santa Maria from the 17th-18th centuries. At the top of the hill in the old town is Santa Anna Castle, built in the 16th century. There is also an ancient Roman kiln in the heart of the town. Oliva has plenty of good restaurants, bars, and shops.

The promenade or “paseo” in Oliva is the heart of the town, this is lined with trees and there are wide open spaces with benches where people sit in the evening and chat, there is a play area for children and of course many cafes and restaurants where you can sit out in the open air.

This area also has the indoor market where you can buy the freshest local vegetables, fruits, meats, and breads. The Oliva Nova Golf and Country Club offers 18 holes of pure golfing paradise extending to over 50 hectares and designed by world famous Spanish golfer Seve Ballesteros together with an international equestrian centre and a 5-Star Resort Hotel.