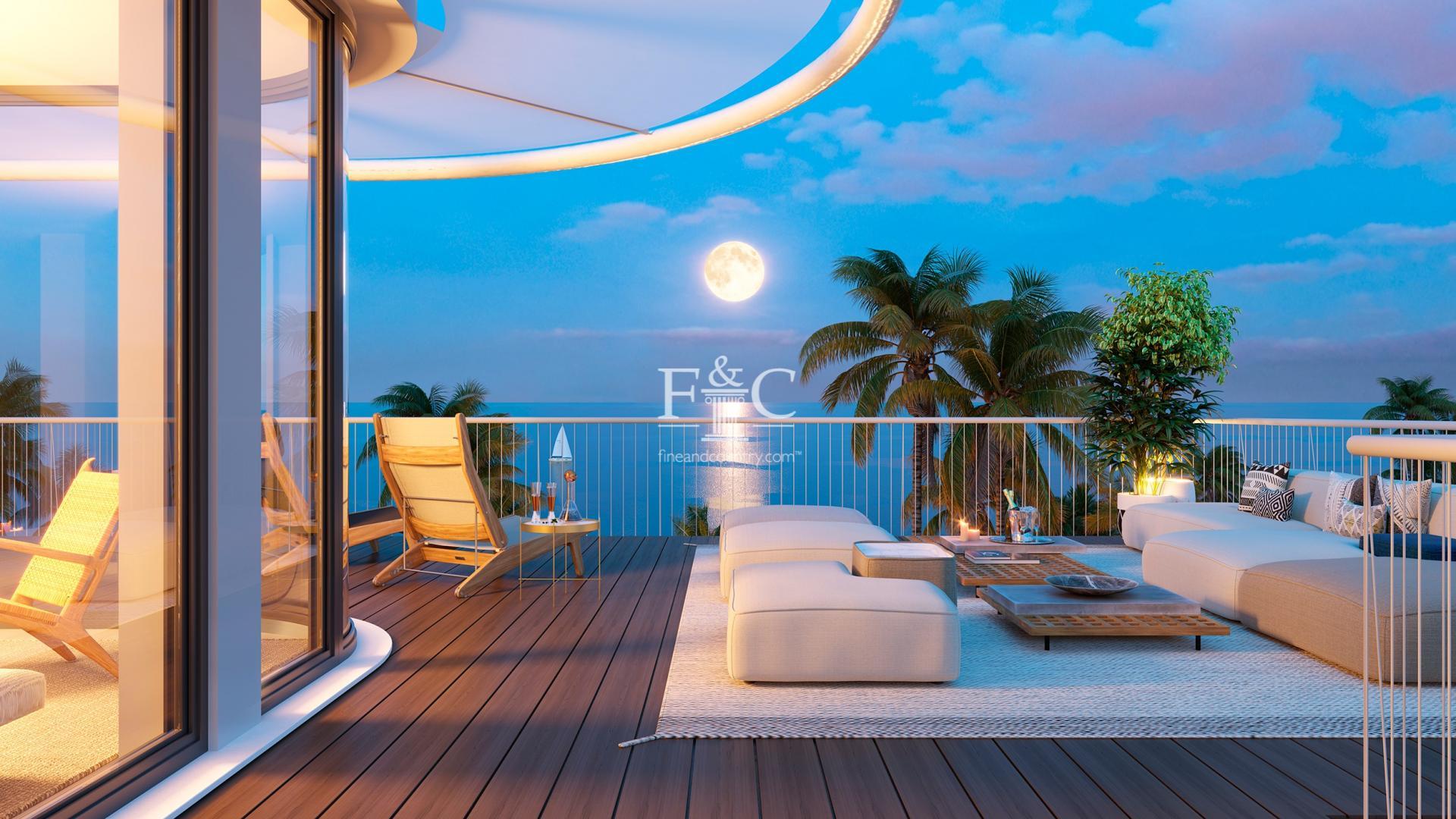 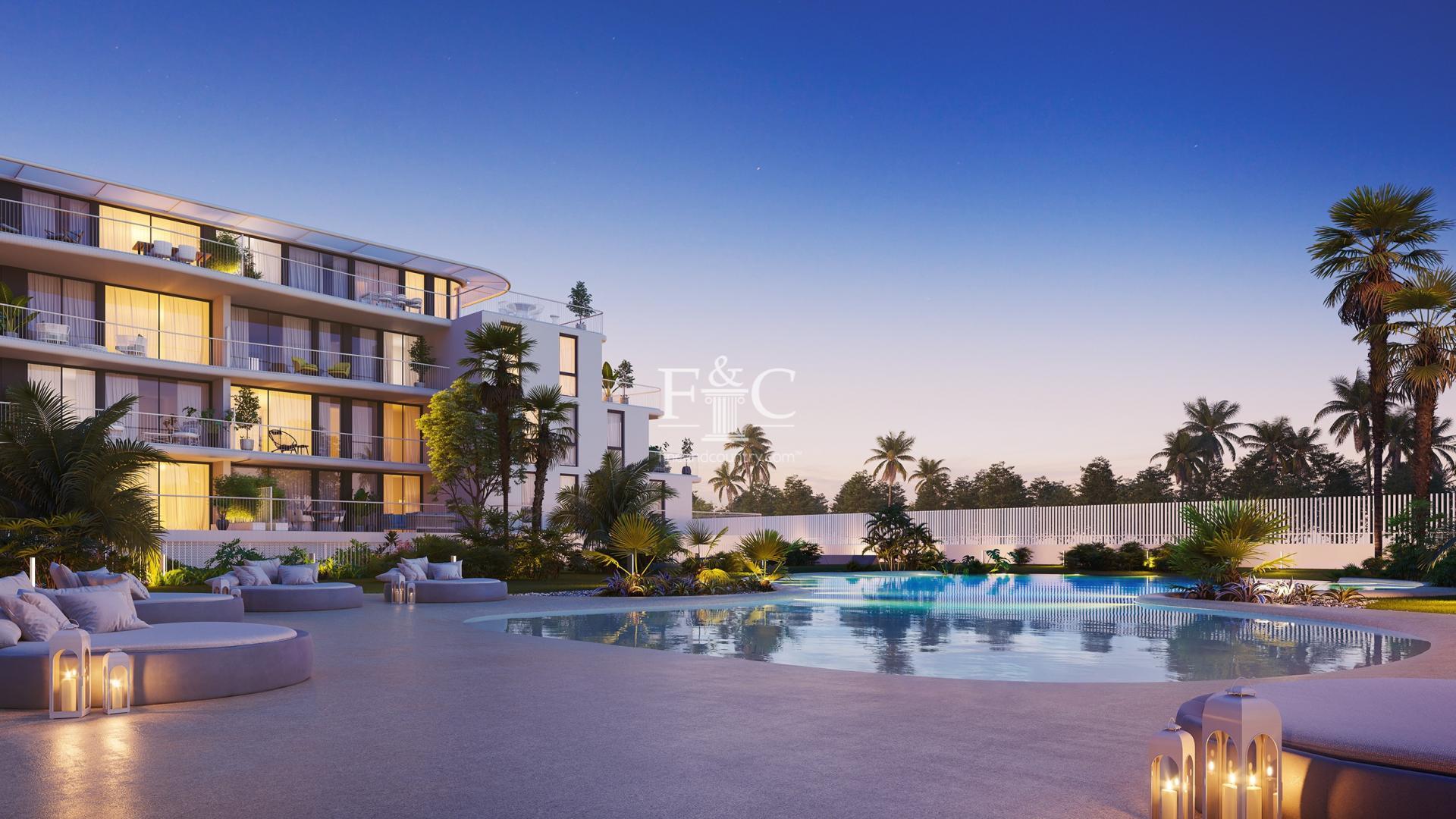 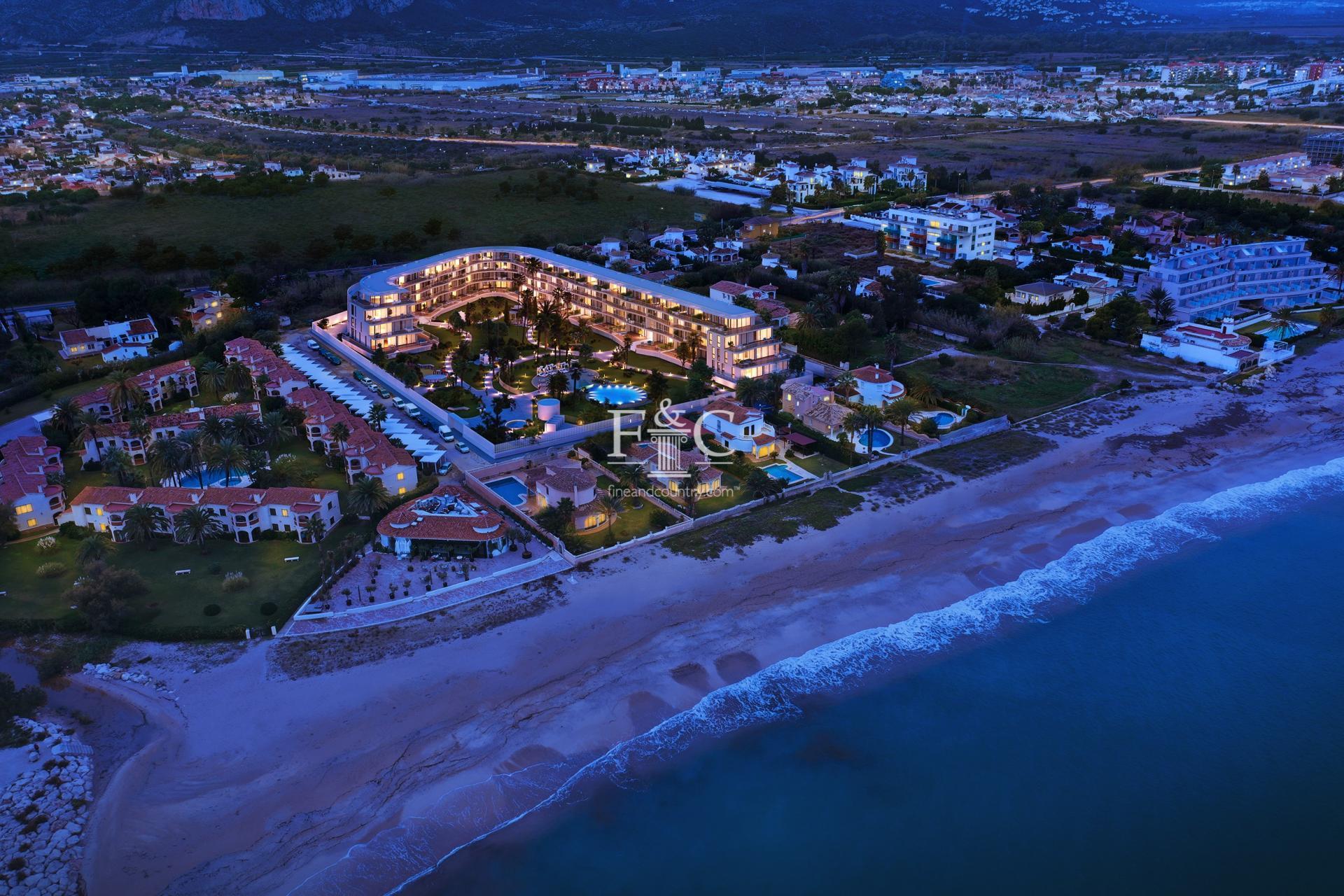 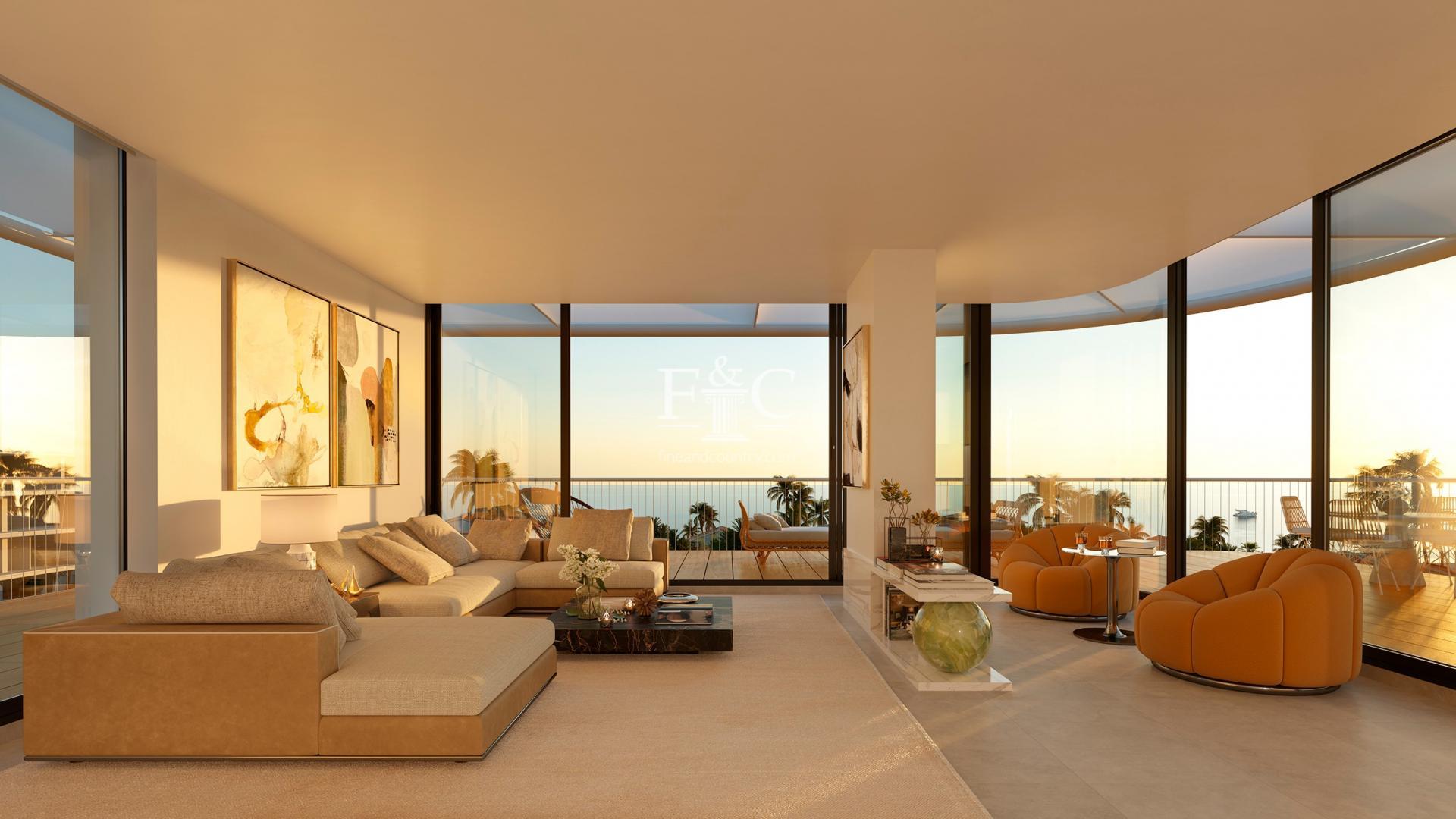 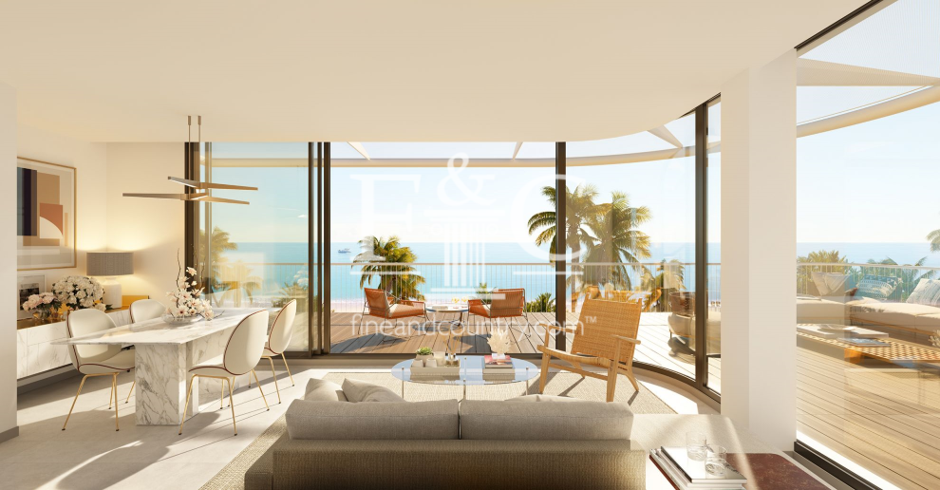 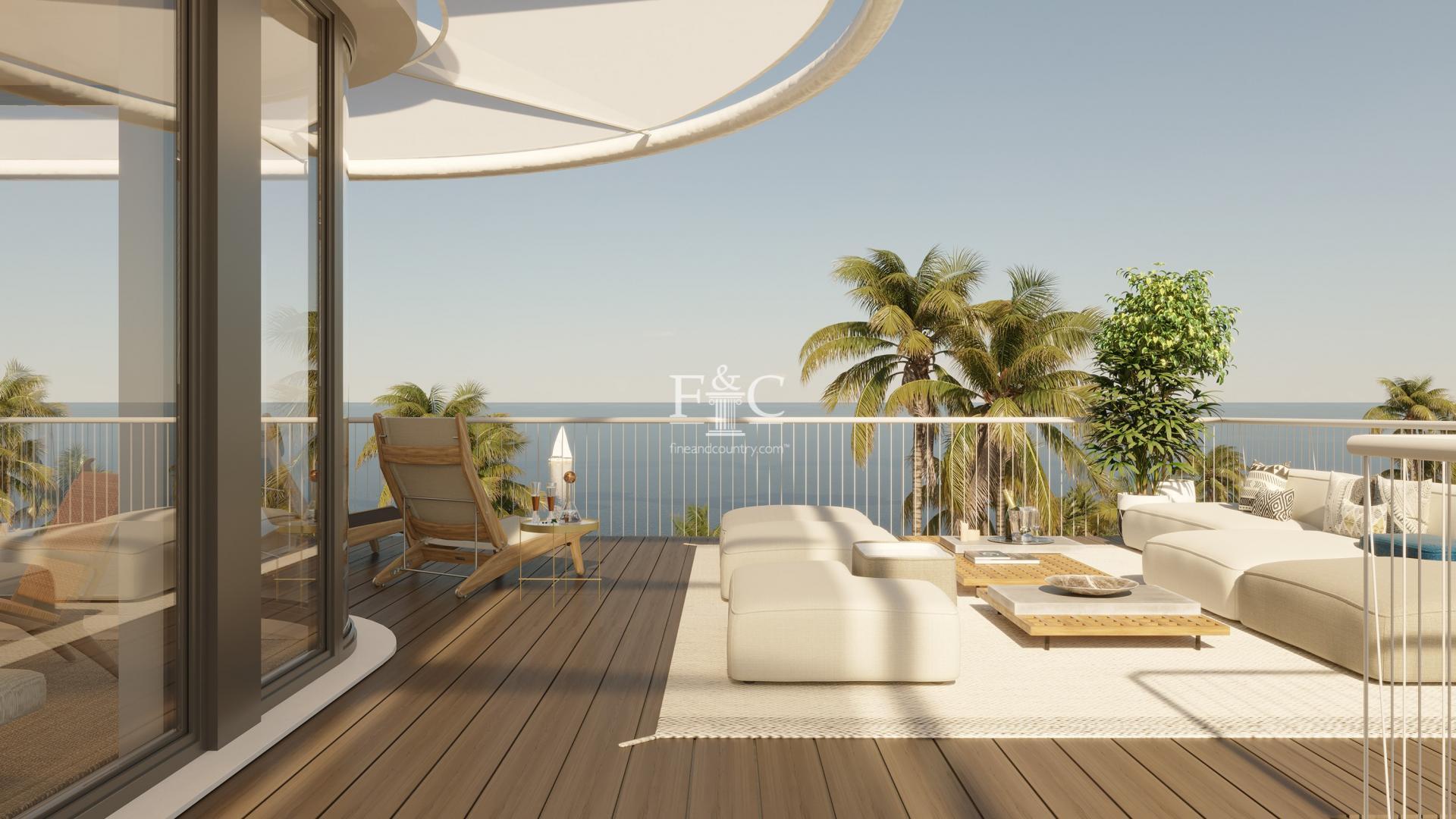 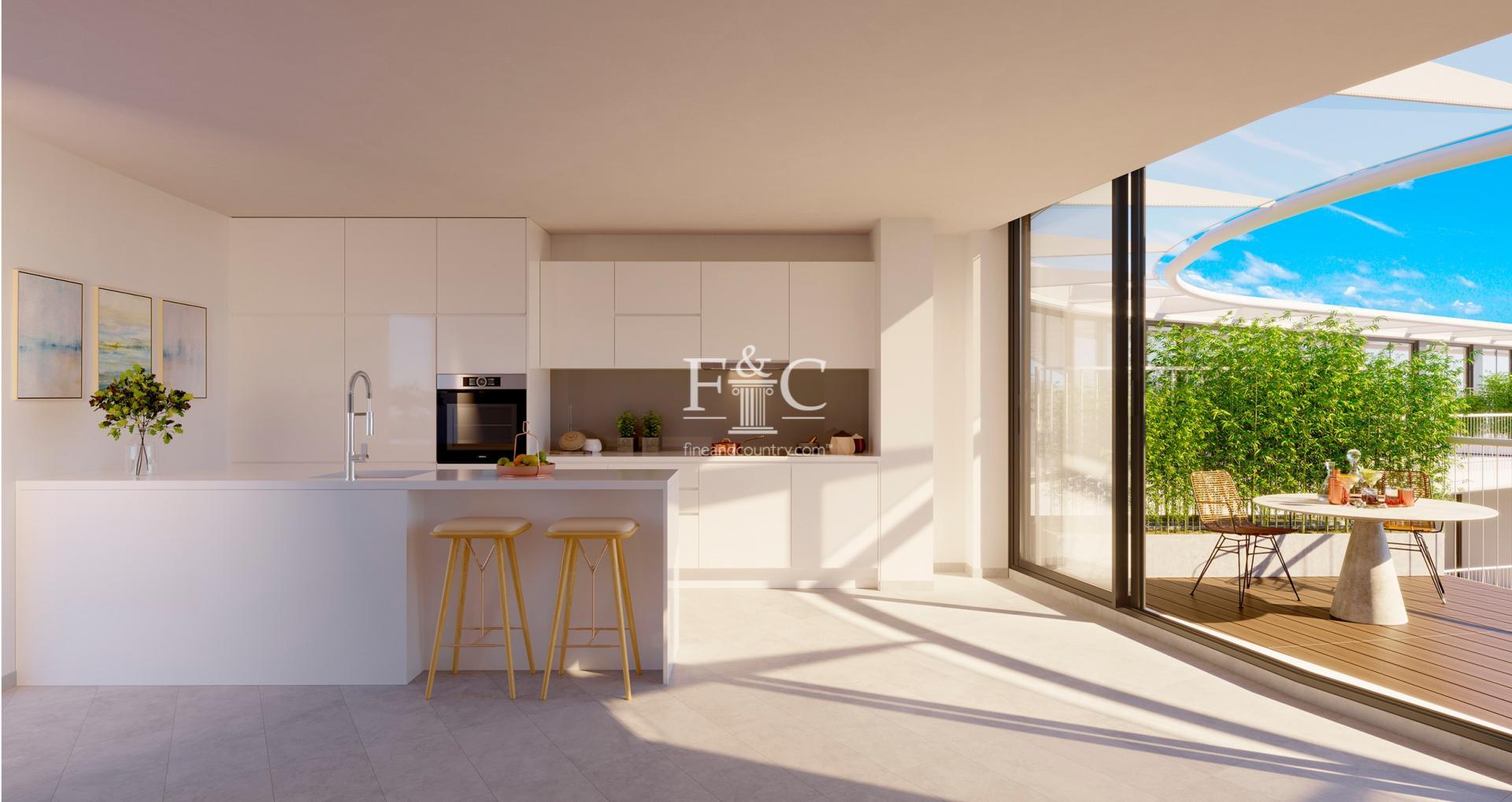 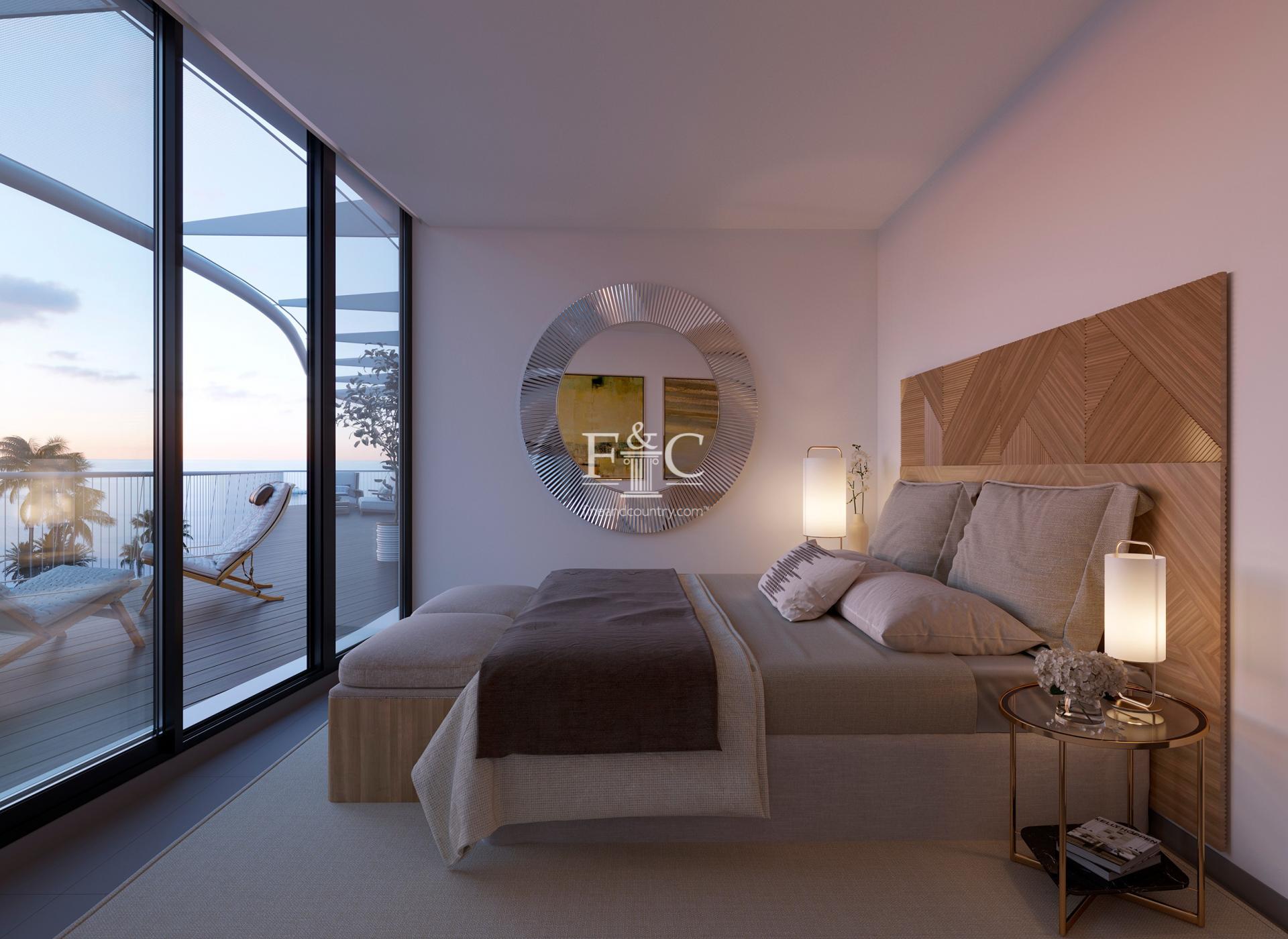 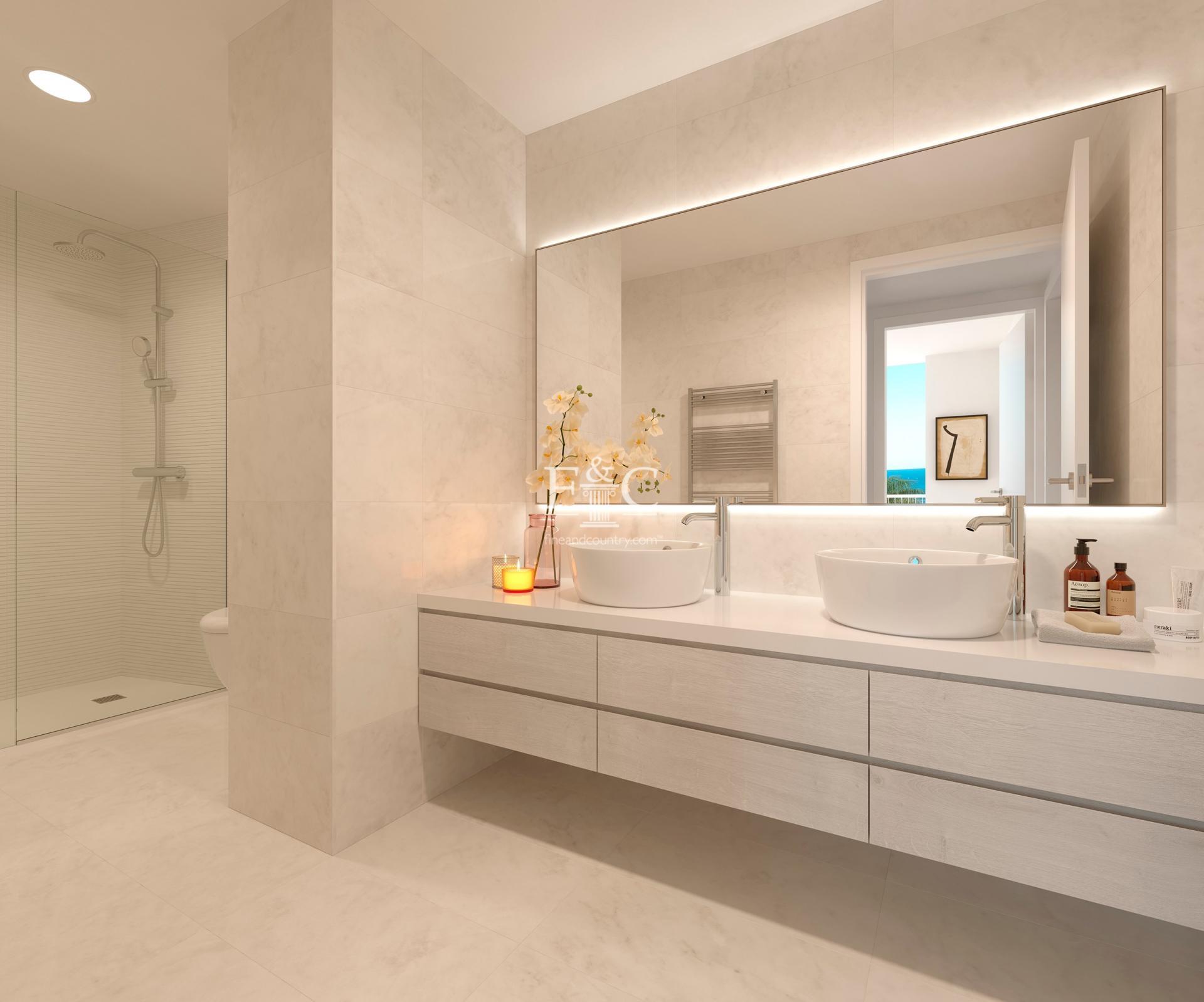 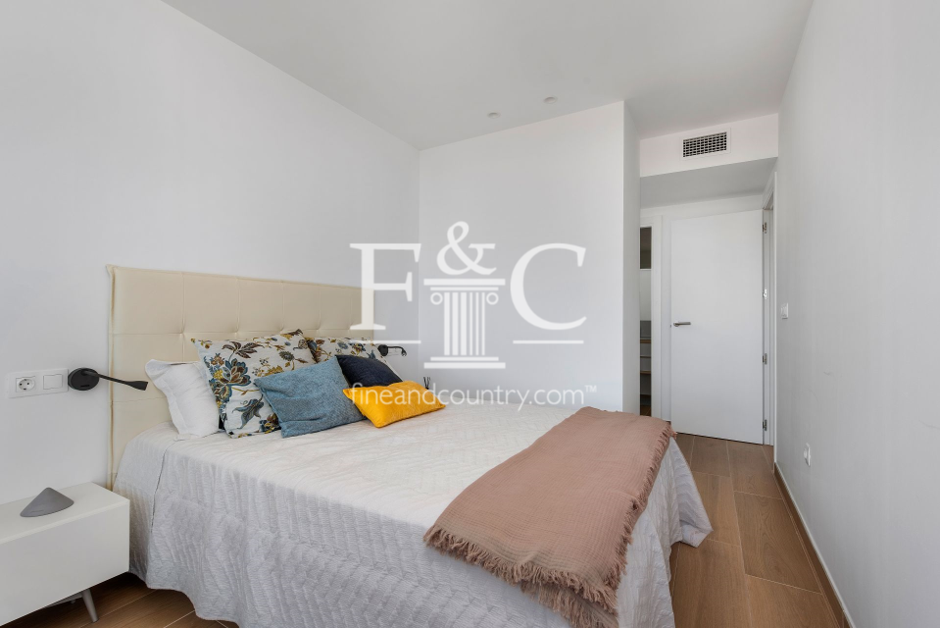 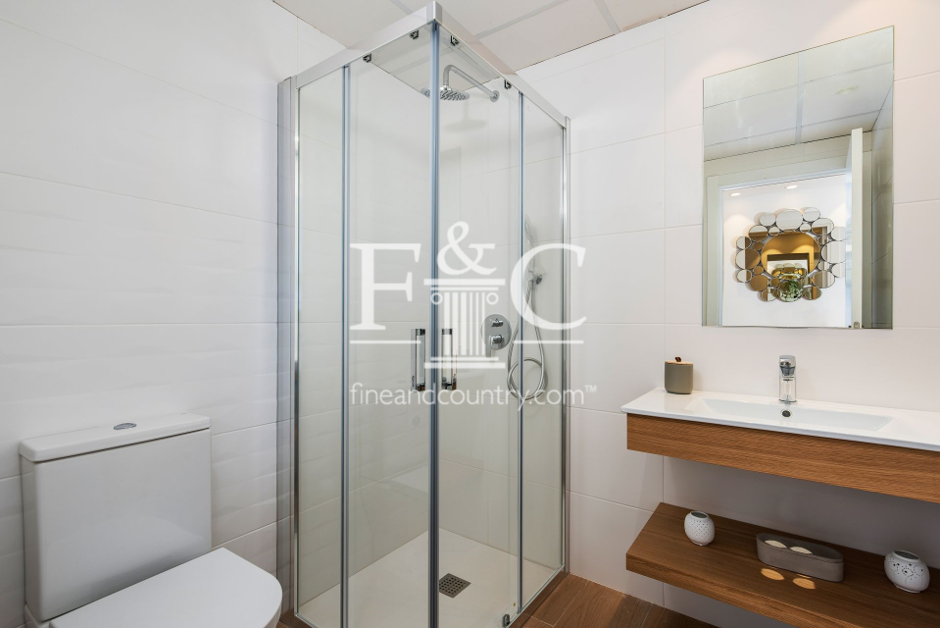 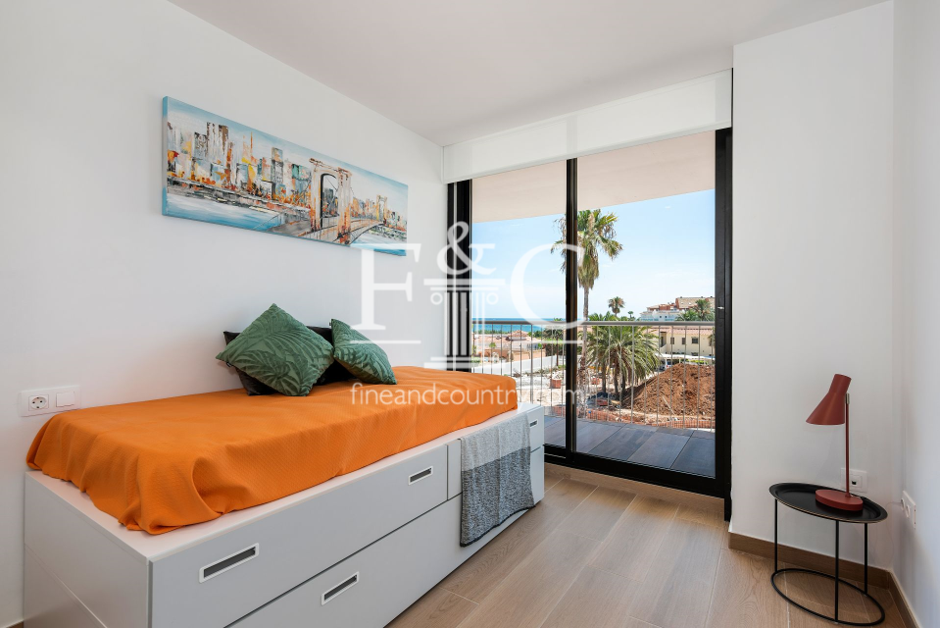 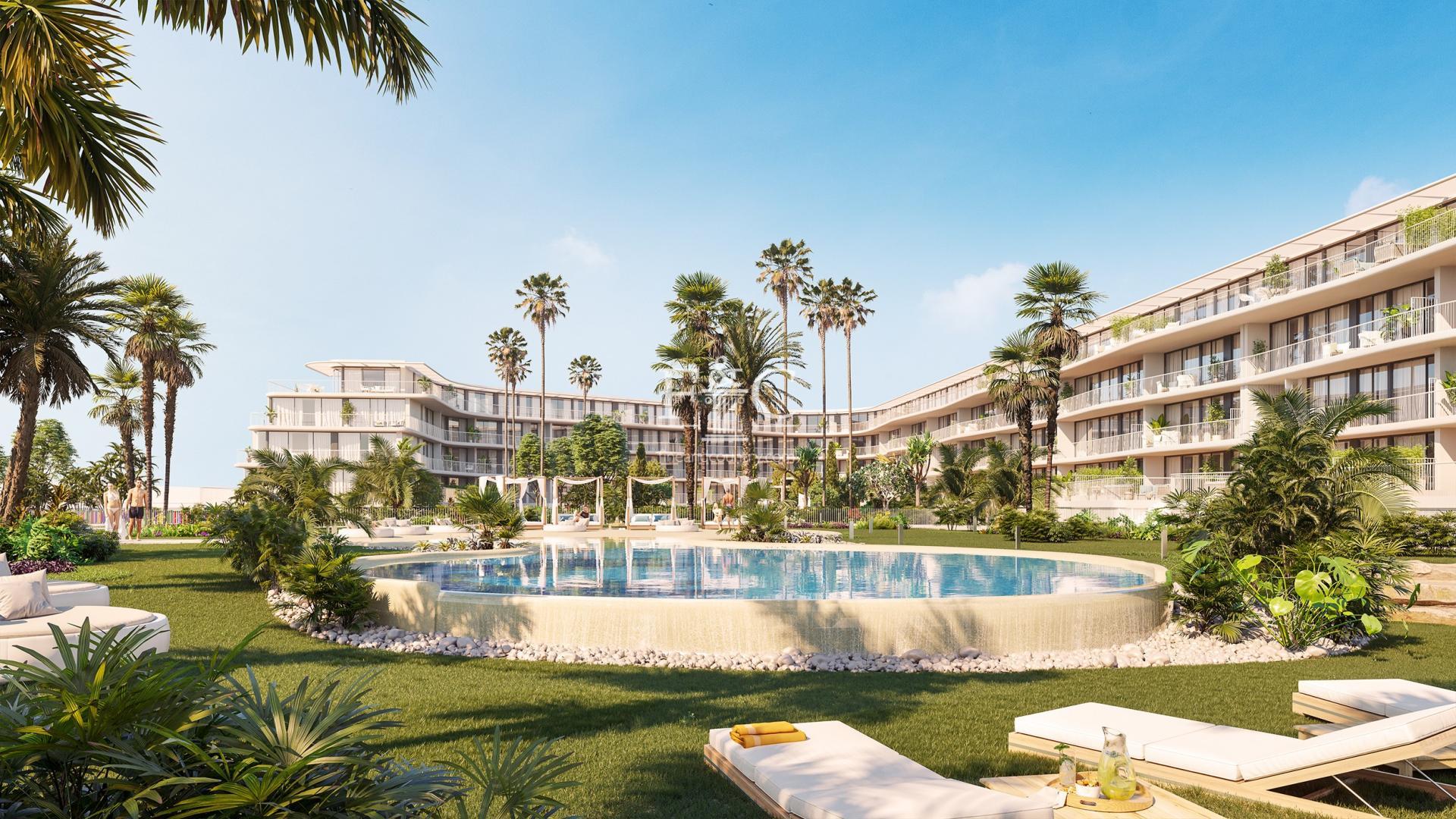 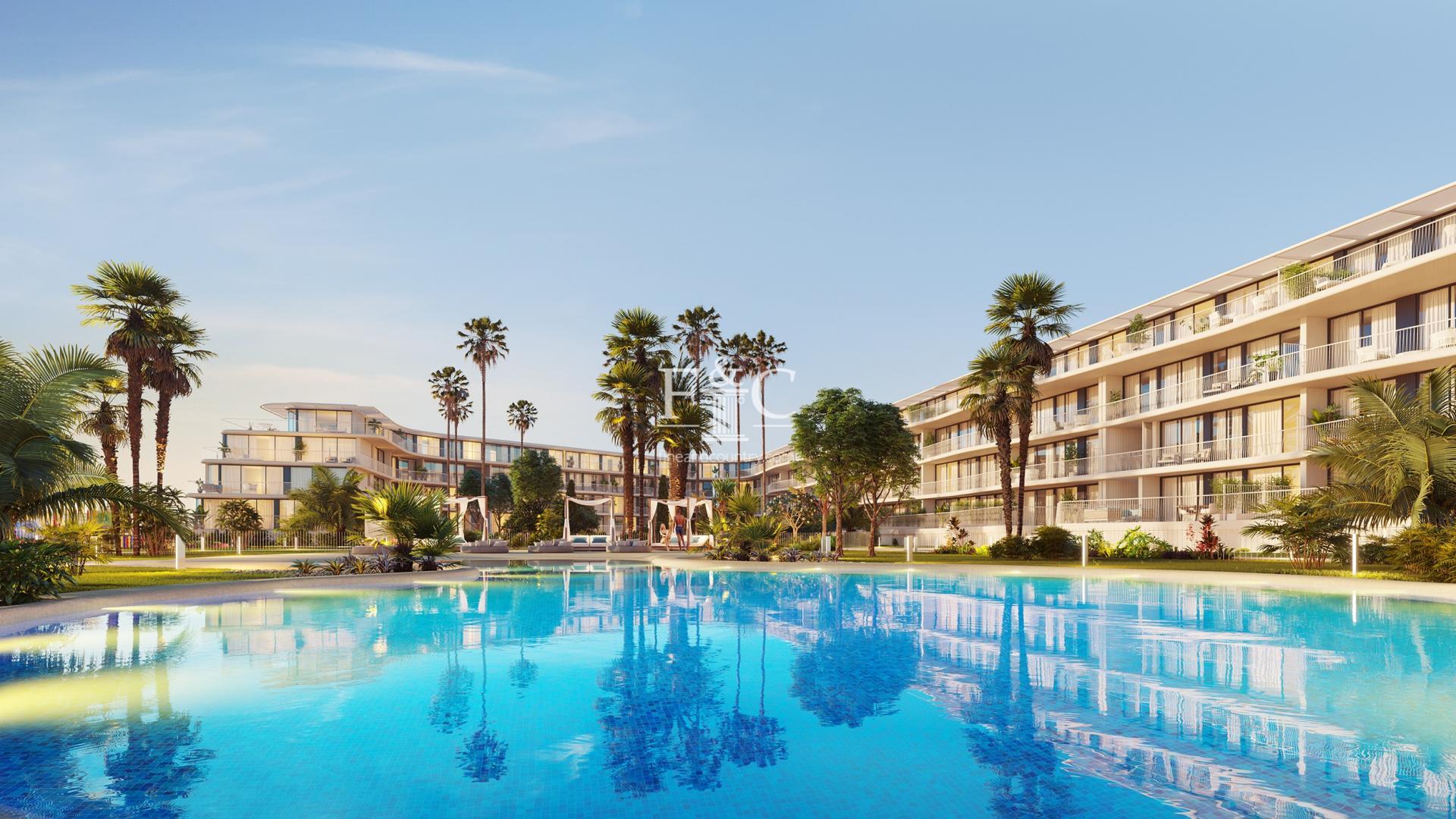 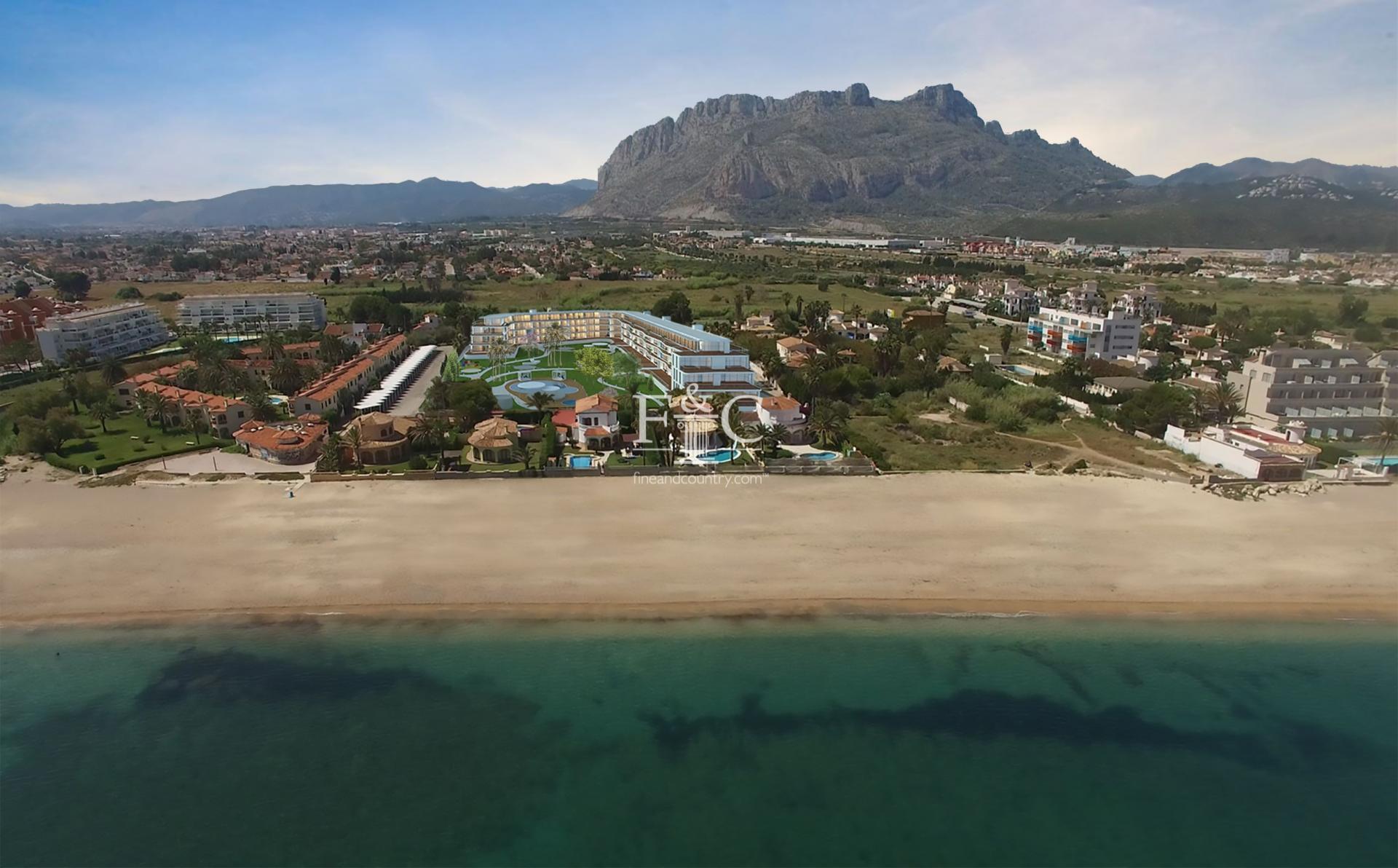 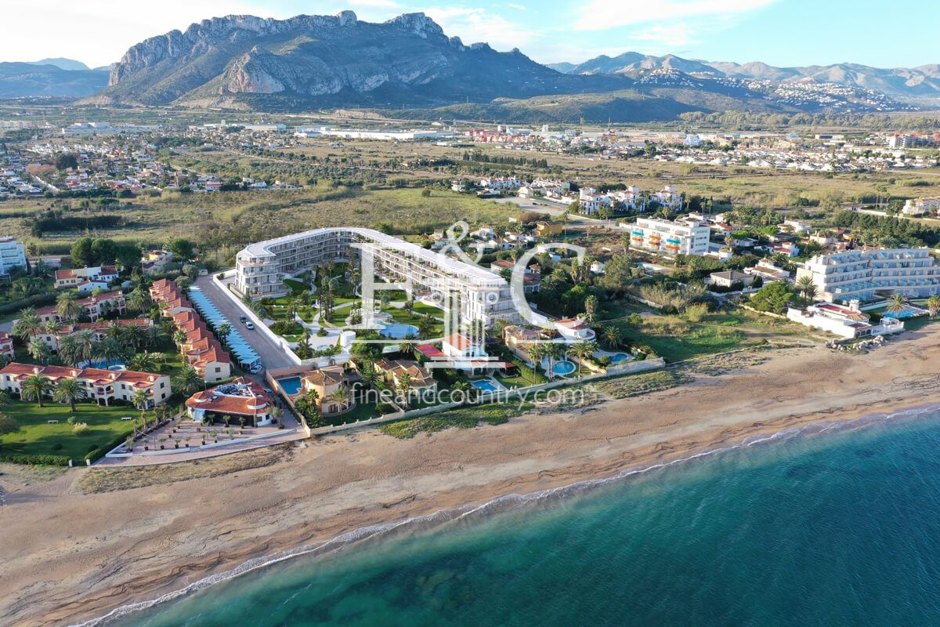 Penthouse for sale with 3 bedrooms, Denia

Hear the ocean, feel the warmth of the sun on your face and live the Mediterranean Lifestyle

PROPERTY AT A GLANCE Wake up and open your doors to the blissful sights and sounds of the Mediterranean where you can hear the waves, feel the sea breeze and the warmth of the sun on your face and enjoy vistas that embrace the clear crystal blue waters of the ocean, the beauty of nature and the Montgo mountain that rises dramatically from the valley floors surrounding it.

An exquisite private gated modern complex that blends in harmoniously with its surroundings, with large terraces and wonderful communal areas for you to enjoy a relaxed and informal lifestyle, luxurious living in a beautiful place to live.

This residential complex offers 1, 2 and 3-bedroom apartments with large terraces overlooking the Mediterranean Sea, the Montgó mountain or the landscaped communal garden areas and pool.

Ground floor apartments have terraces of up to 100 m2 and penthouses with terraces up to 30m2 with stunning views.

Only a 2-minute walk to a blue flag sandy beach and only 500 metres from nearby supermarkets and restaurants. The main cosmopolitan city of Denia is a short 10 minute drive away and there is a bus service into Denia only few metres away from the complex. For cyclists there is a cycling lane that runs along the entire Carretera should you wish to cycle into Denia. For golf lovers you have the renowned Oliva Nova Beach and Golf Resort a 15-minute drive away or the 5-star Hotel Dénia La Sella Golf Resort & Spa only a 20-minute drive.

PROPERTY DETAILS The complex has open plan designs with spacious living rooms and open kitchens. They all lead directly outside onto private terraces with open views over the landscaped communal gardens, facing the sea.

All bedrooms are outward facing and lead onto terraces, bathing them with natural sunlight. Enjoy stunning views even while you are lying in bed, often over the sea. Master bedrooms boast a dressing area and en-suite bathrooms.

The bathrooms are equipped with natural rain-effect shower and stone shower tray with integrated shower screen, plus washbasin furniture, mirror and halogen lights.

The homes are beautifully finished with painstaking attention to detail, making them exclusive, comfortable homes. Equipped with several mechanisms that will make your property quiet and energy efficient, such as “double-skin” facade, anti-impact layers between apartments and double-glazed windows protecting the homes from changing temperatures and to improve energy efficiency. The apartments will have high quality porcelain tile floors, armoured security door and in addition to pre-installation of air conditioning, wardrobes and welcoming imitation wood tiles on the terraces.

The original façade features organic shapes creating unique terraces. They are all unique and individual, but have one thing in common, unrestricted views over the leafy and exuberant communal gardens.

In total there will be four blocks of three floors, plus basement with garages and storage rooms. Each block will have an elevator. Designed to respect the environment and the local nature with promenades, pergolas and walking paths all along and around the communal swimming pool with sun loungers and day beds. From your terrace you will enjoy the sight of a refreshing oasis with the Mediterranean Sea as your background.

The whole complex is gated with private security gates ensuring the privacy and security of the owners inside.  There are several gated entrances for owner access with one of them only a stone´s throw from the blue flag beach.

This complex is the perfect balance between the tranquillity of nature yet having all the relevant services and amenities within minutes.

It has an ancient castle that rises majestically, overlooking the city and harbour, and located inside the castle is a wonderful Archaeological Museum. The museum shows the past through exhibitions and history of a city linked to the sea by the great civilisations that have passed there.  The different rooms show you the story of Denia from its beginnings to the eighteenth century, dividing it into 4 areas: Iberian, Roman, Muslim and Christian Periods.

It is a cosmopolitan and modern city. The main shopping street, Calle Marques de Campo is a wide, tree-lined boulevard with pavement cafes, restaurants, bars and a variety of shops and boutiques. The delights of Denia have also inspired dozens of writers and it is here where you will find a bust to Miguel de Cervantes, probably Spain’s best-known author for his intriguing work about Don Quixote. It is a tribute to the time when the author landed in Denia in 1580 following his imprisonment in Algiers.  In Plaza de la Creu you will also find a rather comical little character which looks like a Playmobil figure but actually commemorates the making of the Hollywood movie John Paul Jones in Denia in the 1950s. There is also a beautiful old fishermen neighbourhood, Baix la Mar, which is a gorgeous, historic maze of narrow streets and little squares with cosy cafes, bars and restaurants.

In Dénia, the best seafood and the Valencian fruit and vegetable products merge, resulting in a clear example of the rich variety and deliciousness of the Mediterranean diet. The famous red prawn of Dénia, or the exceptional “arròs a banda” (seafood paella), are among other culinary specialties which blend tradition and quality, dishes than can be tasted in more than 400 restaurants in the city, which produce the most varied local, national and international recipes. Denia also boasts Quique Dacosta, one of only nine 3 Michelin-starred restaurants in Spain and ranked 68 of the best restaurants in the world. Without a doubt, Denia stands as a true gastronomic environment in which emerge with force new trends of the cuisine.  Dénia was awarded the "Creative City of Gastronomy by UNESCO" in 2015 putting this Mediterranean city of Costa Blanca North on the world map of gastronomic culture.   In 2019 Denia has been selected, along with five other European cities, to draw up a map of its cultural and gastronomic heritage that will be part of a project of shared identification of the values ​​of the European Union.

Dénia has a wonderful climate and has an extensive 20 kilometers of coastline providing blue flag sandy beaches, caves with diving opportunities, and natural sea reserves teeming with marine life.  El Montgó (the Montgo Mountain) is a major landmark of the area, a nature reserve rising up, as Blasco Ibáñez said, like “a giant hand”, has served as a watchtower for this diverse and cultural place which has been inhabited for over 4.000 years.   If you are looking for Golf then Spanish world class golfer Jose Maria Olazabal designed Club de Golf La Sella Denia in 1990 which offers a challenging 18 hole golf course and a driving range with over 20 bays.

It is a city very involved with its sea, due to the important fishing activity, whose main product is the famous Denia red shrimp; to its marinas, the largest in the province. With a strong international flavour deriving from its history as a Mediterranean port Denia is the closest mainland point to the Balearic Islands and you can make a ferry trip to one of the nearby islands of Mallorca, Menorca, Ibiza and Formentera in around 2 hours 30 minutes.   As well as being the main ferry port for the Balearics, Denia has easy access to both Alicante Airport (one hour drive) and Valencia Airport (one hour 20 minute).